Archives
« ‘Zelda: Link’s Awakening’ is getting a 3D remake for the Nintendo Switch
Ridley Scott’s ‘Alien’ TV series is heading to Hulu. I’d prefer it to head to Hell »

Jared Leto’s time as The Joker is finished. I sort of thought he was fucking done a while ago 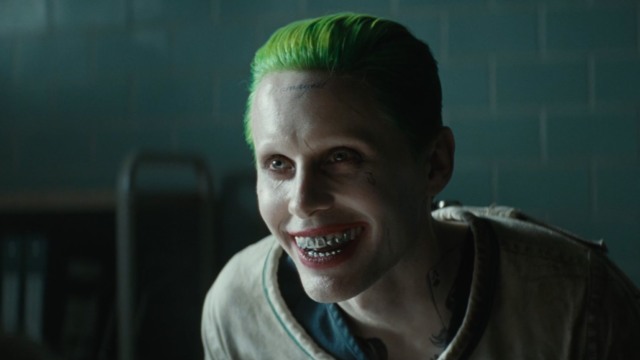 Jared Leto’s time as The Joker is finished! Phew, fucking phew. But, if I’m being honest, I thought he was already done.

Good afternoon, dear connoisseurs of fine cinema! Time for a pop quiz. Without looking up the answer, how many Joker-centric spinoff films were Warner Bros. and DC planning to release in the near future, and how many of them were set to star consummate professional Jared Leto? The answer was always perplexing, but according to a new report, it might be on the cusp of changing drastically.

Today in a piece reflecting on the future of DC’s big-screen comic book movies, Forbes posited that while the studio is still moving forward with its Birds of Prey Harley Quinn vehicle and James Gunn’s sequel to Suicide Squad, plans for a Joker standalone film starring Leto and a movie exploring the character’s relationship with Harley have been put on ice:

“The Suicide Squad sequel, meanwhile, is moving forward as a sort of soft reboot to some extent, and is expected to have a new cast of characters and avoid direct tie-in to the first film’s events. Harley Quinn is not expected to return, and James Gunn’s script will be a new approach and rethinking of the property.

The Mad Love-type Joker and Harley Quinn film has also fallen by the wayside, as has the solo Joker project for Jared Leto’s version of the character from Suicide Squad. With Gunn on board as director, the film has plenty of room to bring a new flavor to the series and to the world of DC films as well.”