Archives
« Monday Morning Commute: Check Out That Fucking Sunset!
Netflix has joined the Motion Picture Association of America. Getting cliqued up, making moves! » 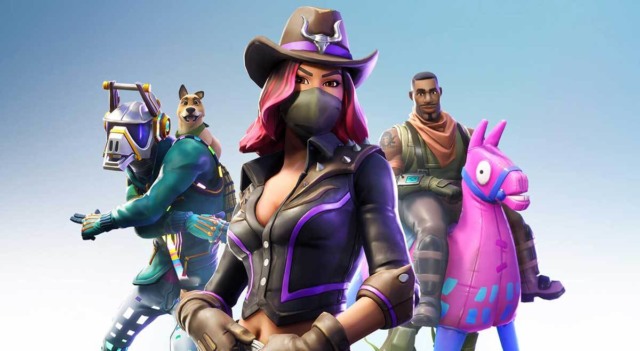 Organized crime is laundering money Fortnite, which is so fucking rad. I mean, I’m not saying money laundering is rad. But, something straight out of a Charles Stross novel going down in reality is pretty fucking wild. To this science-fiction and cyberpunk nerd.

Fortnite’s in-game currency, V-bucks, are now being used to launder money from stolen credit cards, according to a report by The Independent and cybersecurity firm Sixgill.

Here’s how it works: After a hacker obtains someone else’s credit card information, they make a Fortnite account and use the card to buy V-bucks which are used in the game to purchase cosmetic upgrades and new ways your character can dance. Once the account is loaded up with V-bucks, it is then sold through a legitimate vendor like eBay, or on the dark web.

V-bucks cost about $10 for 1,000 when you buy them in the game or from authorized online stores. But these accounts are sold at rates low enough that it ends up being much cheaper to buy V-bucks that way.

It’s difficult to discern the extent of Fortnite money laundering, since not all of the accounts being sold were made by credit card hackers. Some of the accounts are certainly just regular people trying to make a few bucks selling their own Fortnite gear.

Sixgill did find that $250,000 of Fortnite items were sold on eBay in the last 60 days. It’s against Fortnite’s terms of service to buy or sell an account, though eBay doesn’t seem to be taking down those listings.

“Criminals are executing carding fraud and getting money in and out of the Fortnite system with relative impunity,” said Benjamin Preminger, a senior intelligence analyst at Sixgill.