Archives
« Astronomers detect more RADIO SIGNALS from outside the Milky Way
Bungie has gained the publishing rights for ‘Destiny’ and left Activision. This can only be a good fucking thing, right? »

Al Pacino is joining Jordan Peele’s Nazi Hunting show. Just when I thought I couldn’t be more torqued about it! 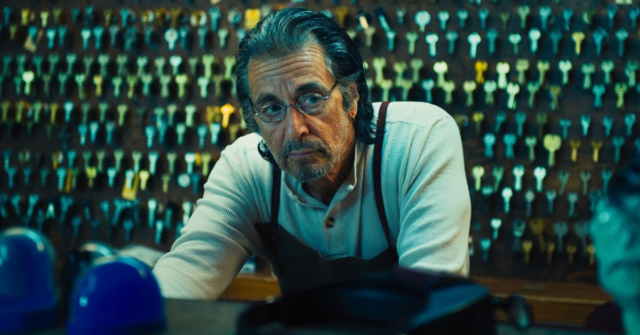 Al Pacino is going to be hunting Nazis for Jordan Peele. What an utterly preposterous, glorious statement.

Al Pacino’s spent much of his latter-day career portraying sick, troubled old men—Roy Cohn, Joe Paterno, Jack Kevorkian—so goddamn does it feel good to report that his next role will find him killing the shit out of some Nazis. Deadline reports that, for his episodic television debut, Pacino is poised to star in Amazon’s The Hunt, a 10-episode series created by David Weil (Moonfall) and executive produced by Get Out’s Jordan Peele.

The Hunt, which spins a sensational story out of real-life events, follows a band of vengeance-seekers as they hack and slash their way through a gang of undercover Nazis who hope to raise a “Fourth Reich” in New York City. Pacino will star alongside Percy Jackson himself, Logan Lerman, his character serving as a mentor to Lerman’s Jonah Heidelbaum, a young man who joins the organization after his grandmother is killed by a mysterious intruder.

As The Hunt takes shape, Pacino will appear alongside Robert De Niro and Joe Pesci in Martin Scorsese’s The Irishman. That hits Netflix sometime this year.