Archives
« Rocksteady Studios’ rumored ‘Superman’ game gets new leak ahead of Game Awards next week
‘Daredevil’ cancelled by Netflix. The fucking purge of Disney properties from the service continues » 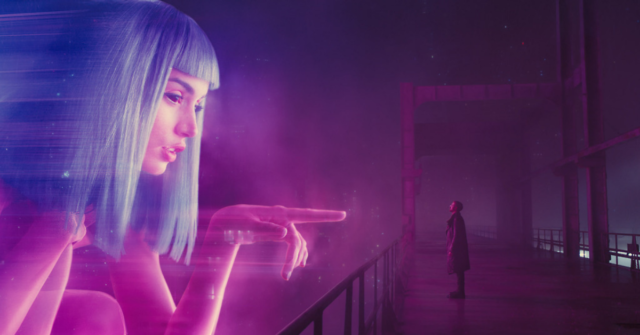 Blade Runner 2049 is objectively fucking awesome. Additionally, you know what else is fucking awesome? The anime short that Cowboy Bebop‘s creator made for the flick. But, that glorious mash-up ain’t over. Not by a long shot. You see, Shinichiro Watanabe  is returning to be the creative director on a fucking Blade Runner 2049 anime series.

In the lead-up to Blade Runner 2049, Warner Bros. released a couple of prequel shorts giving little insights into what happened in the world between the first movie and Denis Villeneuve’s sequel, with one showcasing Jared Leto’s creepy dude and another showcasing Dave Bautista’s kind-hearted replicant dude. The best one, though, was a stylish anime short from Cowboy Bebop creator Shinichiro Watanabe about the growing anti-replicant sentiments in future Los Angeles that laid the groundwork for the underground replicant society that Ryan Gosling’s character briefly meets in 2049. Evidently, the popularity of that short in particular convinced the rights holders at Alcon that a Blade Runner anime would be a good idea, so it has partnered with Adult Swim, anime streaming service Crunchyroll, and Watanabe to develop a series “inspired by Blade Runner 2049.”

According to Variety, the 13-episode series will be called Blade Runner—Black Lotus, and it will be set in 2032 (after Watanabe’s short but before the actual movie). It will also include some “established characters” from the Blade Runner universe, but that could mean all sorts of things. Harrison Ford’s Rick Deckard would already be in hiding at that point after fathering the miracle replicant baby, so it could be about him going off on some cool guy adventures, but Deckard doesn’t exactly seem like a guy who goes on cool guy adventures. Ryan Gosling’s K probably wasn’t “born” yet, since he’s a Nexus-9 replicant and those weren’t created until later in the 2030s, but we don’t know for sure. That leaves the supporting characters, like Edward James Olmos’ Gaff (he might still be an LAPD cop) or Jared Leto’s Niander Wallace (he’s definitely hanging around, being an evil rich guy).

We don’t know when Black Lotus will premiere, but Adult Swim will air English-dubbed episodes on its anime-centric Toonami block while Crucnhyroll will control worldwide streaming. Watanabe will serve as the creative producer on the series, with Ghost In The Shell veterans Shinji Aramaki and Kenji Kamiyama directing the episodes. Also, given the timing of this announcement, it seems a bit poetic to have Watanabe turning a live-action American property into a Japanese cartoon just as his most famous Japanese cartoon is being turned into a live-action American property.