Archives
« Criterion launching its own streaming service in 2019 to replace the dying FilmStruck
Monday Morning Commute: Wherein We Eat Too Much and Be Thankful » 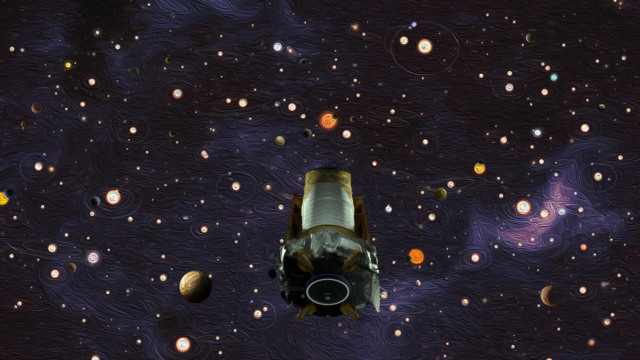 The Kepler telescope has found so many goddamn dope things out in the cosmos. But, now it is time for the sweet telescope to sleep. NASA has given the telescope a final set of “goodnight’ commands to the telescope on the anniversary of Johannes Kepler’s death. A fitting end.

The Kepler Space Telescope has officially gone to sleep for good. On November 15th, the death anniversary of its namesake German astronomer Johannes Kepler, its ground team sent it a series of “goodnight” commands. They were meant to disable the telescope’s safety modes that could switch it back on and to shut down its transmitters to completely cut off communications. Since the observatory is spinning, the team had to time their beams — a task they successfully accomplished, because according to Kepler’s Twitter account, it indeed received the final set of commands.

Kepler headed to space in 2009 to find Earth-size planets in habitable zones. It found over 2,000 exoplanets during its run — with thousands more still waiting for confirmation — until it ran out of fuel. NASA’s Transiting Exoplanet Survey Satellite (TESS) will take over its planet-hunting tasks going forward. TESS left Earth earlier this year and captured its first light image in September.