Report: Blizzard pulled a ‘Diablo 4’ announcement from Blizzcon and unleashed their own fucking Hell 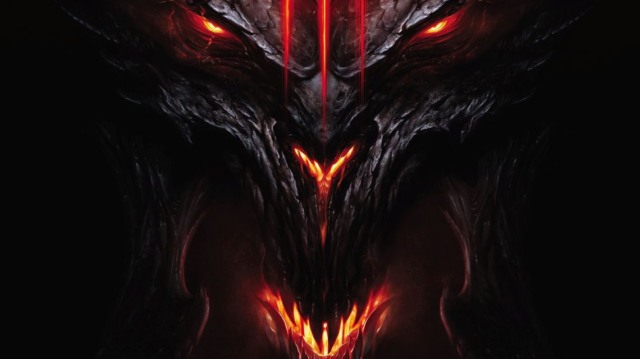 If you follow gaming news to even a slight degree, then you know that Blizzard pulled a trough of shit over its own face this weekend. Indeed, the company ended their Blizzcon keynote by revealing a Diablo mobile game. Since then, just about everyone has kicked them in the cock. However, it may have been a Hell that could have been avoided. You see, reports have it that the company pulled a Diablo 4 announcement. Whoops!

When Blizzard’s sole Diablo announcement at this year’s BlizzCon turned out to be a game for phones, it set off a firestorm of angry reactions from fans who had hoped for a new Diablo on PC. As it turns out, Kotaku has learned, Blizzard had originally planned to tease Diablo 4, but pulled those plans at the last minute.

The original plan for BlizzCon 2018, according to two people familiar with Blizzard’s plans, was for Blizzard to announce the mobile game Diablo Immortal and then end on a video in which company co-founder Allen Adham told the audience that a proper Diablo 4 was in development but not ready to show just yet. Instead, at last Friday’s keynote, Blizzard revealed Diablo Immortal to a quiet, uncomfortable crowd and then ended the show. For most of the weekend, Diablo fans raged online as a result, expressing their anger on YouTube and various forums. There were a few reasons for the controversy, but the driving factor was that the company’s sole Diablo announcement was a game that appeared to be made for a very different audience than hardcore Diablo fans.

The reactions could have been very different. Blizzard changed its BlizzCon plans for Diablo at some point in the last couple of weeks, those people familiar with goings-on at Blizzard said. One of those people told me that the Diablo team wasn’t yet ready to commit to an announcement, as Diablo 4 has changed drastically over the past four years and may continue to change further. (We’ve heard it’s gone through at least two different iterations under different directors.)

Blizzard said it did not immediately have comment on this story.

On October 17, two weeks before BlizzCon, Blizzard put out a blog post that essentially told fans Diablo 4 was in the works but would not be at the show. “These are very exciting times—we currently have multiple teams working on different Diablo projects and we can’t wait to tell you all about them . . . when the time is right,” the company said. “We know what many of you are hoping for and we can only say that ‘good things come to those who wait,’ but evil things often take longer.”

But even after playing down expectations, sources said, Blizzard was still looking to assure fans that Diablo 4 was in development, until those plans changed.

Diablo III launched in May 2012, and its first and only expansion, Reaper of Souls, followed in March 2014. Since then, new updates have been scarce, with an occasional new content patch arriving sporadically and a Necromancer character pack hitting in 2017. Last Friday, Diablo III also came to the Nintendo Switch.

Blizzard has assured fans publicly that it has multiple Diablo games in development. One of them is the game that fans are waiting for, and it was nearly announced last week.