Archives
« ‘The Boys’ Teaser Trailer: Giving The Middle Finger To Superheroes
Microsoft announces their Xbox game streaming service, cause to the cloud we go »

Rumor: ‘Avengers 4’ picks up five years after ‘Infinity War’ which is a long time to be sad 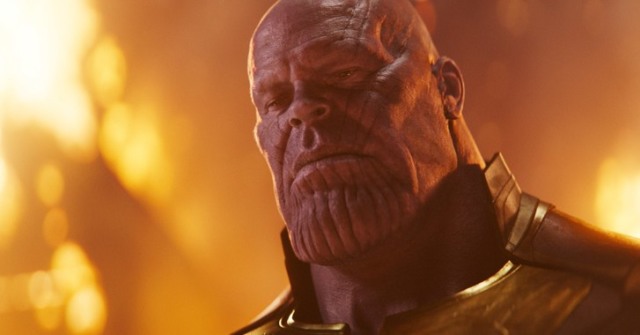 I really hope this fucking rumor is true. I mean, what’s more agonizing than Thanos’ snap eradicating half the universe? Having to live with the consequences for a half-a-fucking decade.

Infinity War has been on home video for a while now and though its sequel won’t be arriving in theaters until later next year, the onslaught of Avengers 4 rumors is already becoming too much to bear.

I mean, you need only take one glance into the Marvel Studios subreddit to see all of the many fan theories pertaining to the pic and its mysterious plot which will, for better or worse, tee up the next chapter of the Marvel Cinematic Universe come 2019.

Suffice it to say, there’s currently a lot riding on the untitled blockbuster, though the fact that Joe and Anthony Russo wrangled Infinity War into a compelling and coherent two-and-a-half-hour movie has us feeling pretty confident about Avengers 4, no matter how things play out for Earth’s Mightiest Heroes.

To date, there’ve been several rumors that point to some kind of time jump taking place between Infinity War and its sequel, and that’s now been thrown out there once again. Notorious tipster Daniel RPK has taken to Twitter to let us know that apparently, Avengers 4 kicks off 5 years after the last film. Though that’s yet to be confirmed, it’d certainly make sense with what we know so far, not to mention we’ve already seen leaked concept art that shows us many of the heroes looking quite different than they did the last time we saw them.

Plus, given that we’ve laid eyes Avengers 4 set photos which tease a trip back in time to the Battle of New York from 2012’s blockbuster, and the Ant-Man series implying that the Quantum Realm allows for time manipulation, we might actually be in for a whole array of time swings come next May. And we couldn’t be more excited about it.