Archives
« ‘Daredevil’ Season 3 Teaser Trailer: Kingpin is ready to let the devil out
‘Cyberpunk 2077’ is dropping in 2019. Maybe. Please let this be fucking true »

Rumor: ‘Arkham Knight’ team working on ‘Justice League’ game, which means we were all wrong 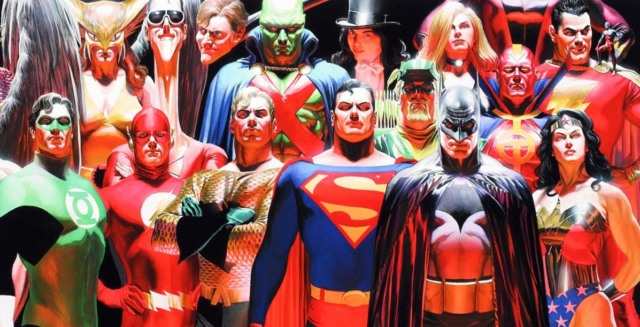 Rocksteady ain’t working on a Superman game, apparently. That’s what conventional wisdom had held for a while. Nah! But, Superman will be involved in the game they’re working on. Purportedly. Yeah kid, a fucking Justice League game!

A new rumor suggests Rocksteady Studios may be working on a game centered around the Justice League and not on Superman as previously thought.

The anonymous poster also noted that the game would have both single player and a co-op mode, with the ability to switch between characters like in Arkham Knight. The available characters will be Superman, Batman, Wonder Woman, Flash, Green Lantern, Cyborg and Aquaman. Locations will include Metropolis, Gotham and Keystone. The game will take place relatively early in each of the superheroes’ careers and Starro will be the game’s big bad.

The poster also noted that there would be a lot of DLC content, “similar to Hitman with episodic DLC.” Future DLC will add Brainiac and Darkseid as villains, new cities and more heroes.

At this time, there’s no indication that Rocksteady is actually working on a Justice League game. The studio’s future superhero projects have been the subject of a number of rumors over the years, with potential games regularly missing their rumored announcement dates.

Rocksteady Studios is responsible for the beloved Batman: Arkham series, which encompasses 2009’s Arkham Asylum, 2011’s Arkham City and 2015’s Arkham Knight. Those games feature voice talent from Batman: The Animated Series and a much-praised combat system. In October, Rocksteady Studios’ head of marketing Gaz Deaves said that the studio was working on a mind-blowing project. While it’s still not clear what that project is, it may still end up being a Superman game, though at this point nothing definite is known.

There have been a number of Superman games released over the years, many of which are considered poor quality. A lot of critics and fans consider 1999’s Superman: The New Superman Adventures, also known as Superman 64, one of the worst games of all-time. In 2015, WB Games Montreal, who made 2013’s Batman: Arkham Origins, was rumored to be working on a game starring the Man of Steel.