‘A Quiet Place’ Sequel gets official 2020 release date. Celebrate, fans! But do it QUIETLY, LOL 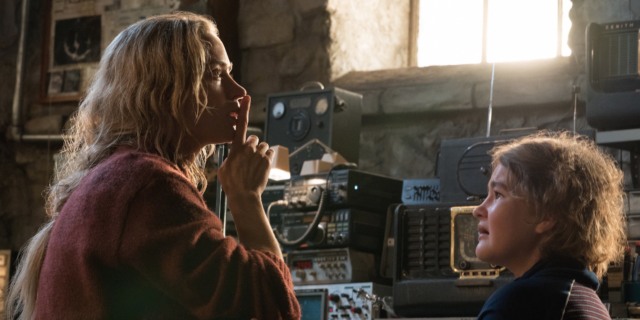 A Quiet Place was…wait for it…ANYTHING BUT at the box office. Hahaha, fuck me, fuck me right in the gullet. Anyways, yeah. The film did great as fuck, and now it Is officially getting a sequel.

The sequel to A Quiet Place has been given an official release date.

John Krasinski’s eerier horror-thriller was released to wide acclaim earlier this year. Starring Krasinski and his real-life wife Emily Blunt, the mostly-silent dystopian film follows a family who are constantly on the run from murderous extra-terrestrial creatures – meaning that they have to live their lives in almost complete silence due to the beings’ hyper-sensitive hearing, which they use to hunt.

Variety reports that the A Quiet Place sequel has now secured a release date, with the movie set to come out on May 15, 2020. The film has yet to receive an official title, but Krasinski is already working on the script for the sequel.

Speaking about the follow-up, A Quiet Place producer Andrew Form said that the sequel was “lucky” to have Krasinski on board.

“We’re gonna take our time, we’re gonna figure out where to go, but there is no rush on it and we’re just starting to talk about it,” he told Collider last month.

“We’re figuring out what everyone’s involvement’s gonna be and what the actual next movie’s gonna be. The first one is so special to us that we really want to take our time with this and not rush anything.”