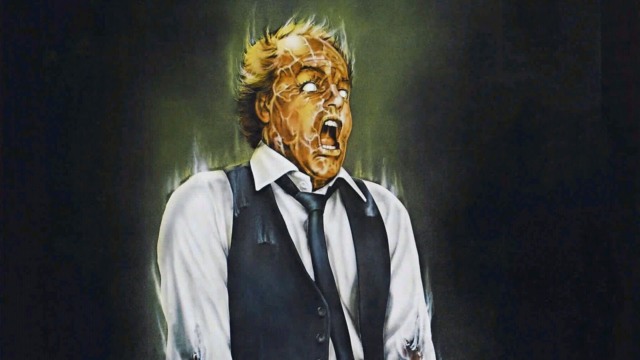 David Cronenberg is working on a fucking TV project. Man, I can’t handle this idea. Like, in a taut-underwear, extremely excited sort of manner.

Although he’s dabbled with the medium from time to time—usually in the form of the occasional anthology contribution—director David Cronenberg has never had a TV series of his own. That might be about to change, though, with Variety reporting that Cronenberg recently hinted at his own upcoming turn toward the retina of the mind’s eye.

Cronenberg was in Venice this week to receive a lifetime achievement award at the city’s Film Festival, when he dished (very) briefly on a “long-form personal TV project” he’s currently working on. Cronenberg was quick to note that he couldn’t address any specific details about the project, but did express a few more general musings on how the differences between film and television have eroded over the last few decades.

“Today TV screens are getting bigger and bigger and therefore the difference between theater and domestic viewing has become really flimsy,” the director—who’s also being celebrated later this month with a massive retrospective at Beyond Fest—noted, adding that he views the film-making experience as “evolving” at the moment. Citing specific changes to the visual language of TV as a consequence of larger HD screens, he noted that “The rule used to be that closeup shots were only done for TV, and not for movies. But today that’s no longer the case.”

Meanwhile, we can be comforted by the fact that Cronenberg wouldn’t be making the move to the small(-ish) screen if he wasn’t reasonably confident in the material he was developing; he notably rebuffed the chance to direct the second season of True Detective a few years back because he hated the project’s scripts.