Space Swoon: Jupiter has gained another twelve fucking moons thanks to recent findings 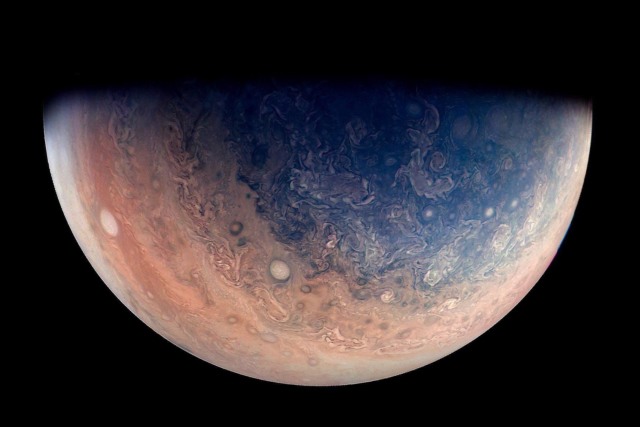 Today, researchers from the Carnegie Institution for Science announced that they have discovered twelve more moons of our solar system’s resident monster planet, Jupiter. This brings the official total of identified Jovian moons to 79. That’s the highest number of moons for any planet in the solar system, which is fitting for such a weird and giant planet.

The moons were first discovered during the search for Planet X, the hunt for a massive planet beyond Pluto. “Jupiter just happened to be in the sky near the search fields where we were looking for extremely distant Solar System objects, so we were serendipitously able to look for new moons around Jupiter while at the same time looking for planets at the fringes of our Solar System,” said Scott S. Sheppard, the team leader, in a release.

Because of how many observations it takes to determine an object in space is actually in orbit around Jupiter, it took about a year to confirm that these were, indeed, new Jovian moons. Nine objects, which are in three different groups, are likely the remnants of larger moons that broke apart during collisions. These all travel in retrograde, or the opposite of Jupiter’s rotation, while two more, also thought to be moon remnants, travel in prograde.

The last moon is fittingly weird, considering how bizarre Jupiter is. It’s just 1 kilometer wide, which makes it Jupiter’s smallest moon, and takes a year and a half to orbit the planet. Its orbit actually crosses that of the retrograde moons, which means that at some point, they may collide. “This is an unstable situation,” continued Sheppard. “Head-on collisions would quickly break apart and grind the objects down to dust.”

This isn’t just a fun discovery (though it certainly does emphasize how odd the largest planet in our solar system is). It also provides evidence that these moons formed after the planets in the solar system developed, and that collisions were occurring long after planetary formation. Otherwise, the small size of these natural satellites means they probably would have been swallowed by Jupiter or one of its larger moons.