‘The Expanse’ is going to be resurrected by Amazon. Bless the Sci-Fi Gods! 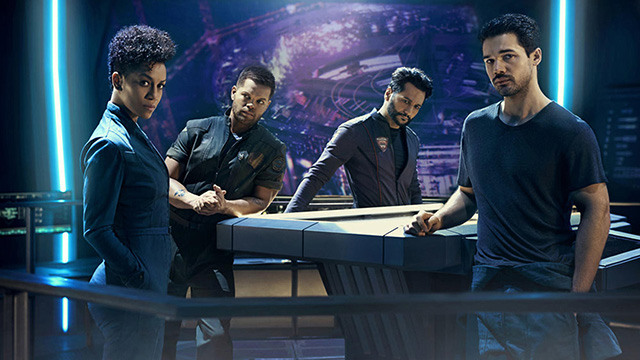 The Expanse, a show far too good for most viewers, and the fucking channel Syfy, was killed. Now, this glorious show is (probably) being given a new chance on Amazon. Here’s hoping it’s treated better its second time around.

Amazon Studios is in talks to revive one of CEO Jeff Bezos’ favorite properties.

The retailer and streaming outlet is near a deal to revive the space drama The Expanse for a fourth season just 10 days after Syfy canceled the series. Amazon Studios declined comment as sources note the deal is not closed.

Syfy had only first-run linear rights in the U.S. to The Expanse, which was based on James S. A. Corey’s best-selling book series of the same name and starred Steven Strait. Amazon Studios had streaming rights to the first three seasons of the show. Sources say Bezos is a big fan of the book and was livid that the TV series went to NBCUniversal-owned Syfy. The move is said to have ignited Bezos’ demand that Amazon Studios brass find the company’s version of Game of Thrones.

The Expanse was a pricey swing for Syfy and the nature of the deal put additional pressure for the show to perform on its linear network as the cabler did not have either SVOD or international rights to profit from. (Netflix had international rights to the series.) The drama was Syfy’s first major push back into the traditional science fiction genre.