Archives
« Tone Deaf – Command Your Weather by Big Business
Views From The Space-Ship: The Heart Of A Lion »

NASA wants to send a probe to Alpha Centauri in 2069, assuming we exist then, right? 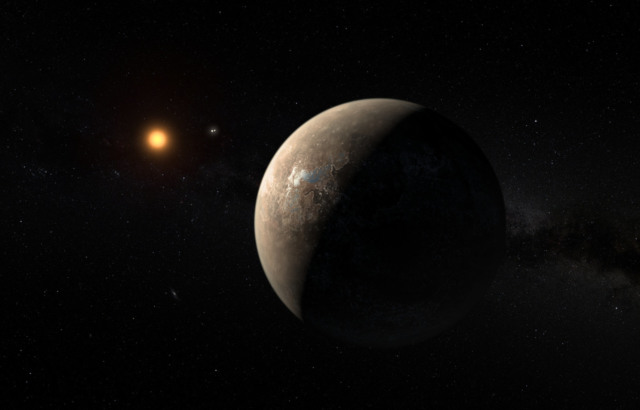 If you thought NASA was playing the long game with its plan to put people on Mars in the 2030s, you haven’t seen anything yet. New Scientist has learned that a team at the administration’s Jet Propulsion Laboratory has started planning a mission that would send a spacecraft to the Alpha Centauri system in… 2069. Yes, that’s 52 years away, and timed around the 100th anniversary of Apollo 11’s trip to the Moon. The probe would look for signs of life around the potentially habitable exoplanet Proxima b, giving humanity a much better look than it could get with observation from home.

So why the long wait? Simple: the technology to make this trip realistic doesn’t exist yet. The JPL is counting on propulsion technology advancing to the point where the results would come back in time to be meaningful. When Alpha Centauri is nearly 4.4 light-years away, a ship traveling at a tenth the speed of light would take 44 years to arrive. As such, it’s doubtful that you or even the next couple generations of your family would live to see the results. The probe wouldn’t reach the system until around 2113, and of course the data wouldn’t get back to Earth until 4.4 years later at best.

Nonetheless, it’s notable that NASA even has a mission like this on its radar, assuming budget cuts and other decisions get in the way. It’s starting to think about its role in the very long term, when interstellar exploration won’t just be limited to telescopes. And if the time frame gets you down, take heart. Breakthrough Starshot is hoping to launch a small probe that would both depart much sooner and travel much faster, arriving as quickly as 20 years. Think of NASA’s 2069 mission as a backup if Starshot doesn’t work, or a follow-up that could study the star system in greater depth.