Archives
« ‘Ready Player One’ Trailer: Watch This Garbage Barrel Of Nostalgia Puke, So I Don’t Have To
Disney/Fox deal is consummated, X-Men, Deadpool, and Fantastic Four joining the Marvel Cinematic Universe »

‘Mr. Robot’ renewed for Season 4, which is great fucking news to me 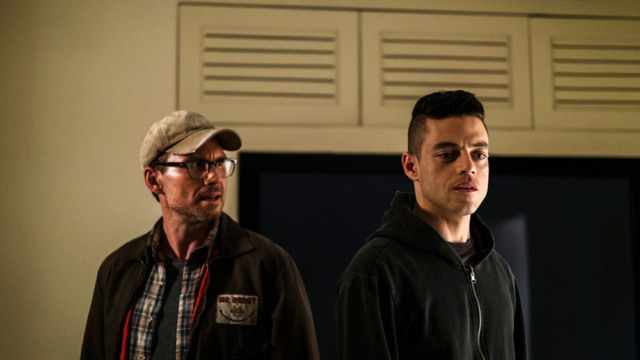 Mr. Robot is getting a fourth season, and man, maybe we can have nice things. Even though I’m three episodes behind, the third season of the show has been blowing my ass-hairs into orbit. However, despite it’s fucking quality, I haven’t heard many people talking about it. Well, whatever the fuck, whatever the case, we’re getting more of the show. Good.

Ahead of tonight’s season-three finale, USA Network has announced that Mr. Robot has been renewed for a fourth season. This is hardly a surprise move by the network given that the series has already won a litany of awards. These include Rami Malek for Outstanding Lead Actor in a Drama Series at the 2016 Emmys, Best Drama Series at the 2016 Golden Globes, not to mention that Christian Slater has just picked up his third consecutive Globe nomination for Best Performance by an Actor in a Supporting Role for his work in the series.

After a bit of a sophomore slump in season two, season three is once again garnering buzz, solidifying it as one of the best shows on television again. The third season has also excelled in part by eschewing the “twist” element that was relied on in the first two seasons, instead focusing on razor-sharp and blindingly fast-paced storytelling. “Runtime Error,” the single take episode midway through the season, was a standout that will likely earn the series a wheelbarrow full of awards.

Series creator Sam Esmail beat USA to the announcement on Wednesday morning, posting a photo of the season four writers’ room on Instagram post. “Calm down everyone,” he wrote, “#MrRobot season_4.0 writers’ room is officially open for business.”