Archives
« Kate Winslet has been cast in those three hundred dumb ass ‘Avatar’ sequels
‘Bob’s Burgers’ is being turned into a movie, and it’s dropping on July 17, 2020 » 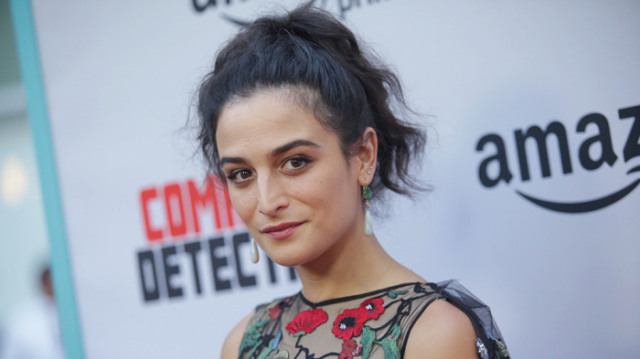 Not much to say here, I mean, right? The Tom Hardy-starring Venom movie’s cast continues to come together, and, well. So far it’s pretty impressive.

According to Variety, Jenny Slate is “in negotiations” to join director Ruben Fleischer’s Venom, the Spider-Man spin-off that probably won’t have any actual Spider-Men in it. Assuming it all works out, Slate will be playing “a scientist,” which probably means she won’t get a chance to bond with the eponymous Venom symbiotic and go on a murderous, cannibalistic rampage. Tom Hardy is starring in the film, but at this point it’s unclear if he’s playing classic Venom carrier Eddie Brock, or one of the later ones like Mac Gargan or Flash Thompson. He might even be a totally new character, but that would be an odd choice.
In addition to Hardy and now Slate, Venom will also feature Michelle Williams and Riz Ahmed, with the main villain apparently being similarly evil alien symbiote Carnage. Who knows, maybe that’s who Slate will end up playing, since she normally does comedies and Carnage is kind of weird and crazy. That’s almost certainly not going to happen, but until Sony starts sharing some more details, all we can do is make wild guesses.