Karl Urban in talks to join ‘Judge Dredd’ TV show. No, seriously, don’t tease us like this 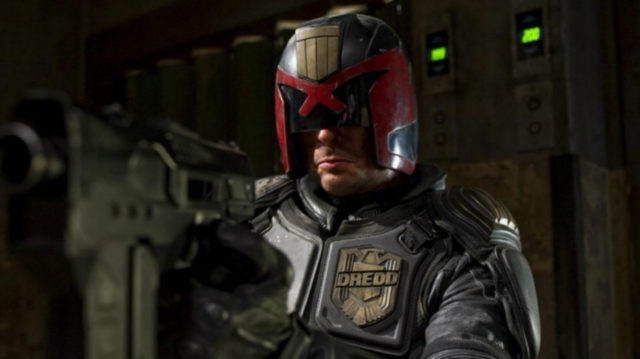 Karl Urban is in talks to join the Judge Dredd TV show, with the actor cautioning that it’s just that — talks. His joining the show is dependent on it, you know, not sounding like it completely sucks. So, c’mon WizardsBehindTheShow, bathe your pitch in quality.

It’s unlikely for now that Judge Dredd will return to the big screen, much to the dismay of fans of the 2012 reboot, which has become a modern cult classic. But Dredd star Karl Urban may still don the Judge’s helmet once more: he’s currently engaged in talks to star in the upcoming TV show.

There’s been rumors of Urban’s involvement in the show practically since it was first announced back in May. But speaking at Star Trek Las Vegas this past weekend, Urban confirmed that he is actually in discussions with IM Global and video game studio Rebellion to return to the role after his starring turn in the 2012 movie:

I am in discussions with them about that. I told them that if they write the material and give Dredd something to do and give him a function, I will be there. I would love to.

Don’t get too excited just yet though, Dredd fans—Urban is quick to clarify that it’s just talks, and his return to being the Law is dependant on if he feels the new show is going to do Dredd justice. Even then, it’s unlikely that the show would be a continuation of the take on Dredd’s world we saw in the movie, too. But it’d be a wonderful way to get more of at least one version of Urban’s Dredd if it actually does end up happening.