Archives
« Space Swoon: Cassini captures Saturn’s hazy horizon
‘It’ Trailer: When You’re Alone As A Kid, The Monsters See You As Weaker »

Denis Villeneuve is a frontrunner to direct ‘Bond 25’ along with two other dudes, but let’s not dwell on them 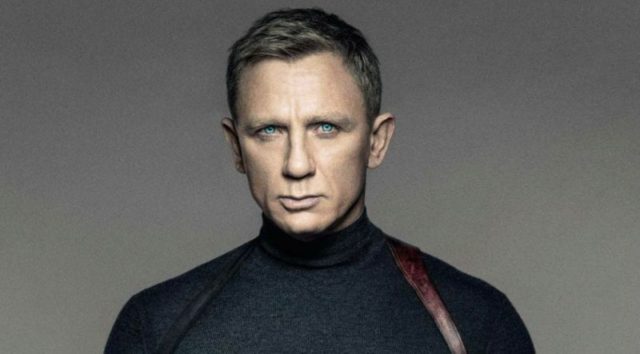 Denis Villeneuve is *a* frontrunner for Bond 25. He’s actually, I’ll admit it, not *the* frontrunner, that’s Yann Demange. However, fuck. I can’t even imagine the spy-throbber I’d get, watching a Villeneuve-powered Bond 25.

The recent announcement of the 25th James Bond movie coming out November 8, 2019 included a decided lack of information beyond that. No star, no studio, and no director. Daniel Craig is expected to return though and, now, we have an idea of who may direct.

Deadline is reporting that Denis Villeneuve, Yann Demange, and David MacKenzie are the three directors producers are currently looking at to the direct the film. Villeneuve is obviously the best known, having made Arrival last year, Blade Runner 2049 this year, and being attached to the Dune remake. MacKenzie did last year’s masterpiece Hell or High Water and Demange did a powerful indie war film a few years back called ‘71.

(Of note, Variety posted soon after that Demange alone is the frontrunner.)

And while each of those choices raises their own set of questions (like, where the hell are the women?) another line of thought in the report is even more interesting. Of course, everyone knows Christopher Nolan wants to make a James Bond movie and, according to Deadline, he may at some point, but it would be when Craig bows out and Nolan could reset the universe from the ground up, including casting. Even more exciting than that is the story that Edgar Wright is reportedly in that same boat. Deadline suggests he too could make a Bond in the future but, like Nolan, would want to do it from scratch.

As for Villeneuve, the obvious fan choice out of these three, it probably comes down to his experience working in a pre-established universe on Blade Runner, how far along a Dune script is, and if he wants to stay in the big budget world. Before Arrival and Blade Runner 2049, he made some amazing smaller films like Enemy, Sicario, and Incendies, and you’d guess that’s a world he doesn’t want to totally abandon. The other two are certainly talented filmmakers but a Bond film would by far be their biggest thing.