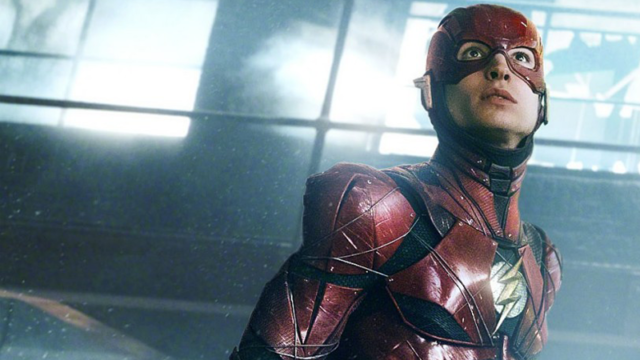 I thought the wild ass DC mega event Flashpoint was pretty whatever, because I’m lukewarm at best on Geoff Johns But, the news that that the Flash movie is going to adapt said storyline? Equal parts bonkers, and impressive. So many questions. Like, are they already rebooting their cinematic universe? Phasing out Bat-Fleck? Or will it be a casual adaptation? Is it going to be GrimDark? I’m intrigued.

We’ve not heard a lot about Warner Bros.’ Flash movie lately—especially as it still doesn’t have a director. But moments ago at Comic-Con, we just got seeming confirmation that the movie is going in a new direction by adapting the infamous Flashpoint storyline.

Geoff John’s 2011 set the groundwork for what would become DC’s complete reboot of its comic book continuity, presenting an alternate world where Barry Allen saved his mother from death at the hands of one of his deadliest enemies, the Reverse Flash. The series directly lead into the creation of the New 52 universe, a streamlined reboot of DC’s major characters that wiped the slate clean.

So if, say, the movies wanted a way to phase out Ben Affleck’s version of Batman for some reason, maybe Flashpoint would be the storyline to do it in?

We’ll bring you more news on Flash and Warner Bros.’ other DC movies as we learned it at the studio’s San Diego Comic-Con panel.