Archives
« ‘The Defenders’ Trailer: Looks like Punisher will join the squad, and Stan Lee narrates
‘Shazam’ is the next DC movie to film, which excites three people, and I’m happy for them » 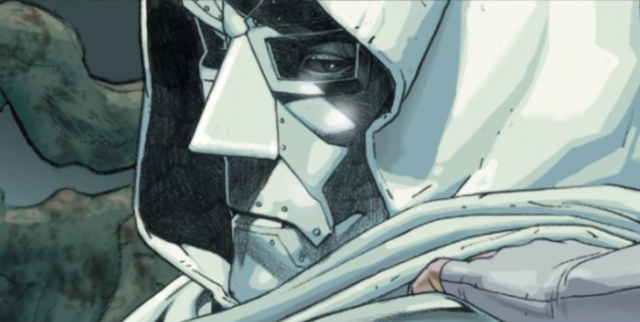 At the end of a Comic-Con panel for “Legion” Thursday, Hawley announced that he was developing a new film at Fox — one that he wouldn’t say too much about. “I’ll just say two words. The first one is Doctor and the next one is Doom,” he said.

That film, starring Ioan Gruffudd, Jessica Alba, Chris Evans, and Michael Chiklis, spawned a 2007 sequel, “Fantastic Four: Rise of the Silver Surfer.” The studio took a big hit, both critically and commercially, with the widely panned reboot of the franchise in 2015. The most recent “Fantastic Four” starred Miles Teller, Kate Mara, Michael B. Jordan, and Jamie Bell, and grossed just $167 million worldwide on a production budget of $125 million.

Fox has found success, however, with its other superhero properties. “Deadpool” was a massive hit last year, with Ryan Reynolds returning for the inevitable sequel. Meanwhile, its final Wolverine film, “Logan,” garnered critical acclaim and box office success earlier this year.

Doctor Doom, a genius sorcerer who wears a mask to cover up his disfigured face, has appeared on the big screen before. Julian McMahon played the villain in the 2005 and 2007 films, while Toby Kebbell took on the role in the 2015 reboot.

Hawley’s “Legion” will return to FX for a second season next year. The showrunner also recently wrapped the third installment of “Fargo.”