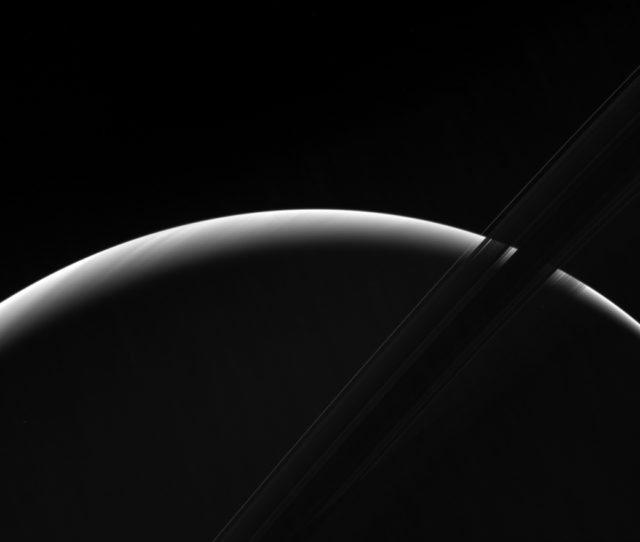 Just Cassini doing Cassini things. You know, capturing beautiful images of Saturn and its moons and rings and such forth and so on.

NASA’s Cassini spacecraft peers toward a sliver of Saturn’s sunlit atmosphere while the icy rings stretch across the foreground as a dark band.

This view looks toward the unilluminated side of the rings from about 7 degrees below the ring plane. The image was taken in green light with the Cassini spacecraft wide-angle camera on March 31, 2017.

The view was obtained at a distance of approximately 620,000 miles (1 million kilometers) from Saturn. Image scale is 38 miles (61 kilometers) per pixel.

For more information about the Cassini-Huygens mission visit http://saturn.jpl.nasa.gov and http://www.nasa.gov/cassini. The Cassini imaging team homepage is at http://ciclops.org.