Archives
« ‘God of War’ E3 Trailer: A Father, His Son, And Some Very Angry Gods
‘John Wick’ TV series will focus on the Continental hotel and the assassin underworld »

Take this for what it’s worth. The Han Solo movie crew got their own shirts. Said shirts may reveal the official title of the film, they may not. Welcome to the echo chamber SuckDrome that is the modern internet.

We’re still just over six months away from the release of Rian Johnson’s Star Wars: The Last Jedi, but Star Wars fans are an eager bunch and are actively hunting down any information they can get about Lucasfilm’s next film after that. Specifically, Phil Lord and Chris Miller’s still-officially-untitled young Han Solo movie that features Alden Ehrenreich taking over the role from Harrison Ford. You know the old saying: fandom’s gonna fan.

Today, one of the crew members of the Han Solo film supplied fandom with something new to discuss. This person shared a photo of the movie’s official crew T-shirt, which raises the question: has the official title of this movie just been revealed?

MakingStarWars got its hands on two photos – one of the front of the crew shirt, and another of the back.

That “we shot first” line is pretty great considering the legacy of the character they’re tackling in this film, as is the blaster forming the “L” in “Solo.” But what are the chances that Star Wars: Solo is actually the real, final title of the movie? Maybe not as high as you’d think. 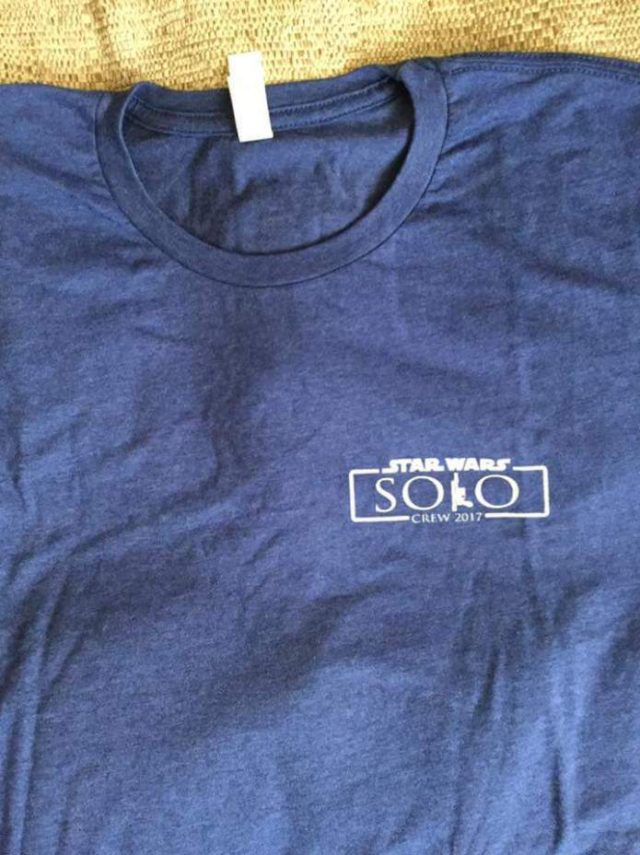 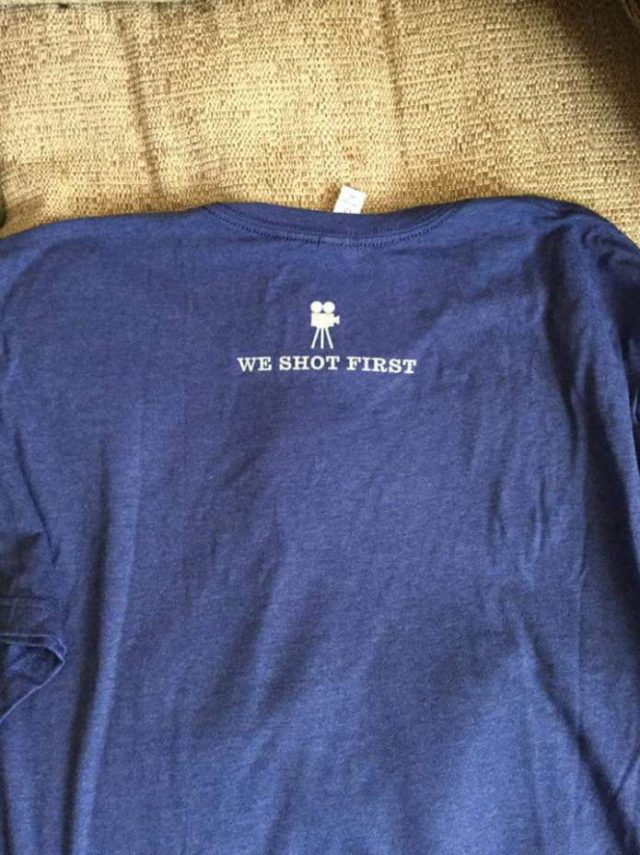