‘Rick and Morty’ comic coming from the minds behind ‘Firewatch’ 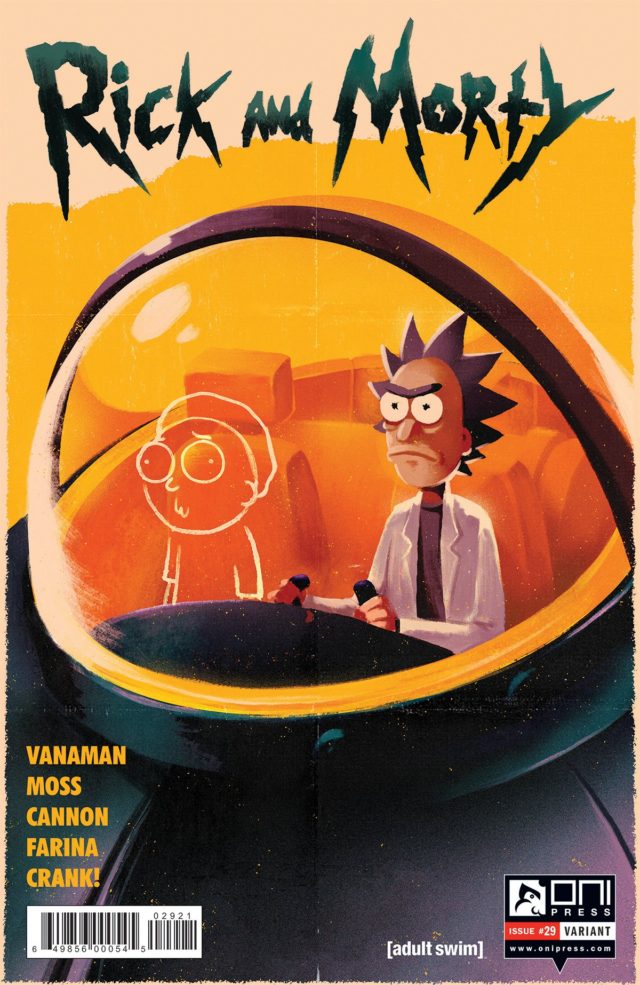 Rick and Morty. Awesome, niche television show and comic book. Firewatch. Awesome, niche video game. Why not have an installment of the former, from the minds of the latter?  There ain’t no damn reason, why not!

An upcoming issue of the Rick and Morty comic has an impressive list of of names behind it. Sean Vanaman and Olly Moss, whose previous collaboration was Firewatch, are among the creators who worked on issue #29, due out in August.

Vanaman announced the project on Twitter in a brief post. In addition to saying that artist Olly Moss had joined him for the issue, the Campo Santo co-founder shared one of its covers.
The warm color palette should be a tip-off that Moss served as cover artist for this variant. We have to say that Rick, who’s both hapless teen Morty’s boozy grandfather and a spacefaring mad scientist, has never looked better than in this illustration.

Moss has won acclaim for his work outside of Firewatch, for which he helped define its visual style. He’s also illustrated covers for the Harry Potter books, drawn posters for the Oscars and crafted a series of Star Wars prints based on the original trilogy.

Still, we’re partial to the look of Firewatch. The narrative-focused adventure game was one of Polygon’s Games of the Year in 2016, with its breathtaking aesthetic one of its biggest assets.

Oni Press hasn’t announced a firm release date yet for issue #29, but the Rick and Morty comics typically hit bookstores around the end of each month. Keep an eye out for late August to pick this cover up.