Archives
« ‘The Fifth Element’ soundtrack getting vinyl release for first time ever
Could James Gunn Make A ‘Hitman’ Franchise? » 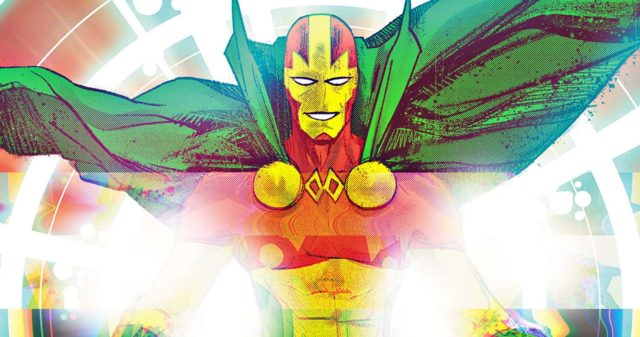 The boss-ass-fucking-team behind Vertigo’s Sheriff of Babylon is reteaming on DC’s Mister Miracle. Which, honestly, is the first news that’s enticed me to read a DC book in ages.

Debuting in August, the 12-issue Mister Miracle offers a new take on the classic Jack Kirby hero, the New God turned superhero/escape artist who grew up in Granny Goodness’ Terror Orphanages on Apokolips only to rebel against Darkseid.
“In going back and reading all of Kirby, you’re dipping your head in genius. No one can out-Kirby Kirby,” King told Paste Magazine, which announced the series. “You can’t make an epic as great as he did. It’s like trying to make Star Wars again, or like trying to rewrite the Iliad. You can take those grand cosmic space opera themes and internalize them and use them to tell a very personal story. That’s what appealed to me about it. We were going to take the bigness of Kirby and turn that into the intimacy of Mister Miracle’s life. Kirby used a metaphor for his time, written in the late ‘60s early ‘70s when the world was going utterly insane. We’re going to use it as a metaphor for our time, the late 2010s, when once again the world is going insane. It’s almost like we’re holding up a mirror to that work, or internalizing it. We’re going step-in-step with him.”

King and Gerard’s version of Mister Miracle, aka Scott Free, is characterized as a Jesus Christ analogue/escape artist who “perpetually felt trapped in his childhood nightmare.”