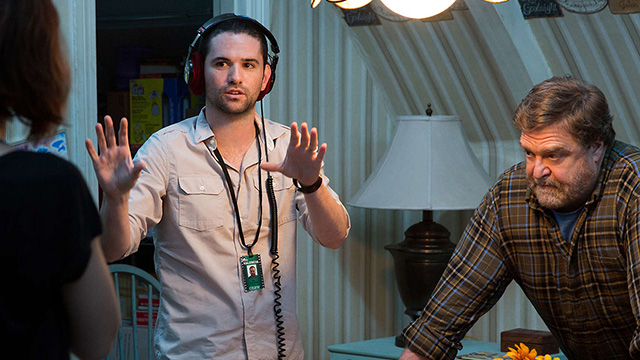 Director Dan Trachtenberg has his next movie lined up, and it’s a big budget mofuckah’ titled Space Race. Little is known about the flick, but I’m down for anything the director is working on.

It’s been a little over a year since Dan Trachtenberg‘s 10 Cloverfield Lane arrived in theaters and signaled the arrival of a very exciting new filmmaker (and it’s been a little less time since he directed one of the most frightening episodes of Black Mirror). Now, we know what he may be doing next: a mysterious project for Universal titled Space Race. But what could this movie be about?

Deadline has the news, but most details are being kept under lock and key at the moment. We do know that Space Race is a spec script from Daniel Kunka, whose only produced screenplay so far was the goofy John Cena action movie 12 Rounds. However, his name has been attached to plenty of other screenplays that have sold over the past few years. In fact, he wrote the script for Crime of the Century, a time travel heist movie that was announced with Trachtenberg as the director. Kunka was also one of several writers to sell a Bermuda Triangle screenplay a few years ago. In a nice twist, Kunka was also once an intern and a story editor under Space Race‘s producer, Dylan Clark.

Since the plot details are under wraps, all we know is that Deadline says Space Race is “described as a high concept with four-quadrant tentpole potential,” a combination of corporate buzzwords that make the head spin with the stench of their B.S.

But hey! Dan Trachtenberg is making another movie! That’s great news! And we can probably assume, based on that title, that it’ll be a science fiction movie of some kind. While the title alone could suggest that this is a movie about the “space race” between the United States and the Soviet Union that put satellites in orbit and astronauts on the moon, the combination of talent (not to mention its, blergh, “four-quadrant tentpole potential”) suggest that this familiar phrase is being repurposed. In fact, I wouldn’t be surprised if Space Race is taking those words literally and we’re looking at a movie about an actual race. In space. You know, as in race cars…or race spaceships? Anyway, that would mean that this title is kind of a pun. So insert a thousand “thumbs up” emojis right here.