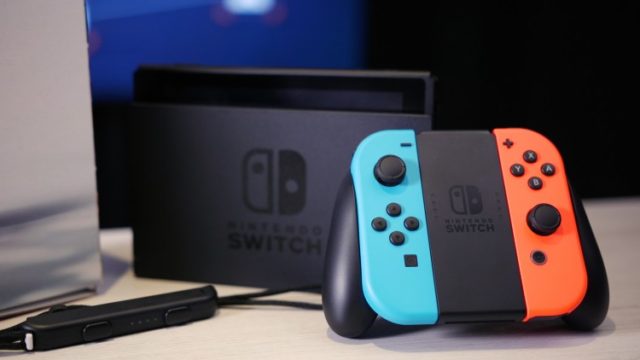 Many have wondered why Nintendo would rush out the broken-ass, under-supported, overly expensive Nintendo Switch. This is why. In case you were wondering.

The Nintendo Switch is off to a big start, with sales for Nintendo’s new console beating out first two-day sales in the Americas for any system in Nintendo’s history, according to New York Times reporter Nick Wingfield, who had spoken with Nintendo of America president Reggie Fils-Aime. Wingfield noted that the Switch’s success is particularly impressive given that the console launched in March, rather than the more traditional holiday season.

It’s an early win for the Switch, especially since Nintendo’s previous record holder for two-day sales was the incredibly popular Wii. While its hard to compare without exact sales numbers, Nintendo announced at the time that the Wii sold over 600,000 units in the first eight days in the Americas, a figure the company would no doubt like to surpass. The Wii would go on to ship over 100 million units, and remains one of the most popular consoles ever shipped.

Additionally, Fils-Aime told Wingfield that the Switch version of The Legend of Zelda: Breath of the Wild was the best-selling launch title (that wasn’t bundled, like Wii Sports) of any Nintendo console. It’s another impressive achievement considering the popularity of the Nintendo 64’s launch title, Super Mario 64, and the fact that Breath of the Wild is also available for the Wii U.

Nintendo has yet to reveal actual sales numbers for either the Switch or Zelda at this time. Still, it’s an unqualified good start for the Switch.