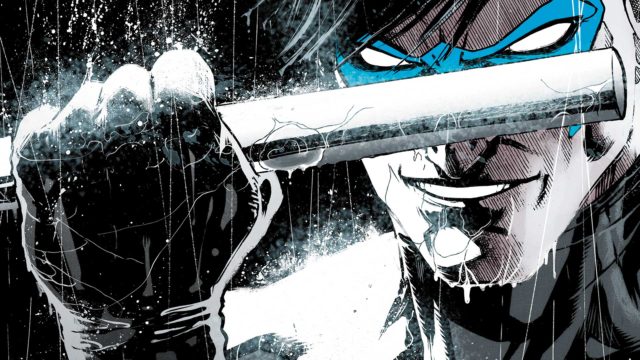 Warner Bros., sensing a talented man, is apparently locking down the director of Lego Batman for a live-action Nightwing movie.

Importantly, this should also mean that Chris McKay is bringing one of the most lauded butts in comic books to the big screen as well.

The Hollywood Reporter has broken the news that McKay is currently in talks with Warner Bros. to bring Grayson—the original Robin, leader of the Teen Titans, superspy, and many other roles as well as his costumed identity as Nightwing—to the big screen with a live action movie. The Accountant’s Bill Dubuque is set to write the script. Sources speaking to io9 also corroborated the information in THR’s report.

It’s an interesting move—and yet another Batman-focused entry into the DCEU behind Gotham City Sirens, Suicide Squad, and, of course, the standalone Batman movie—as up until now we’ve not seen a Robin in the DCEU. We know there was one, because Batman keeps his former partner’s tattered outfit in the batcave. But many have assumed it was a version of Jason Todd, the Robin famously beaten to death by the Joker (don’t worry, it’s comics—he got better), given the character’s seemingly grim fate before Batman v Superman.

If that is meant to be the movie universe’s answer to Jason Todd, it’s great to see that Dick is alive and well, and heading to his own movie to boot. We’ll bring you more on the Nightwing movie as we know it.