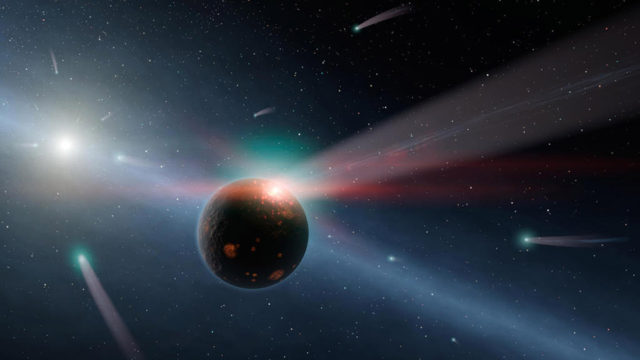 Hey, in about a million years a star is going to graze our solar system. I hope whatever is existing on this Rotting Marble gets to appreciate how cool that is, given that we as a species have, what. Thirty years left, tops?

In just over a million years, Earth inhabitants will get a closer look at a star than they might want. Gliese 710 is currently a safe 64 light years away, but scientists discovered in 1999 that the sun-like star was barreling directly toward us at around 32,000 mph. We’ve known for awhile that it would closely pass by our solar system, but Polish astronomers have calculatedthat it could end up a mere 77 light days away. That would easily be close enough to deflect the orbit of asteroids or comets in our solar system’s Oort Cloud, potentially toward Earth.

That’s about five times closer than previously thought, astronomers from Adam Mickiewicz University in Poland say. To arrive at that figure, they used measurements from ESA’s Gaia space observatory that are ten times more accurate than before. There’s still an error of around 50 percent, however, so the star could actually come as close as 7,250 astronomical units (AUs) or around 0.11 light years (40 light days). 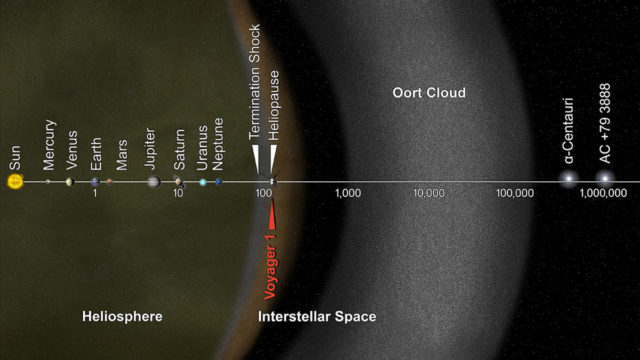 The Oort cloud ranges from 0.8 to 3.16 light years from the sun, opening up potentially billions of asteroids, comets and other cosmic detritus that Gliese 710 could feasibly deflect. The researchers believe the star could actually pull about 0.1 percent, or 100 million Oort objects out of the cloud. It could deflect a bunch more toward the inner solar system, causing enormous meteor showers and the appearance of ten new comets per year for several million years.

Some researchers think that a similar close pass by a star around 65 million years ago is responsible for the meteor shower that wiped out the dinosaurs. However, that could be minor compared to the Gliese 710 event. At its closest distance, it will be the brightest and fastest moving object in the sky, and will be the “strongest disrupting encounter in the future and history of the solar system,” the paper states.

As mentioned, that’s over a million years out, and there are thousands of other things that could wipe us out before then. Nevertheless, your great grandchildren, 40,000 times removed, might be grateful if we get a start on that asteroid deflection scheme as soon as possible.