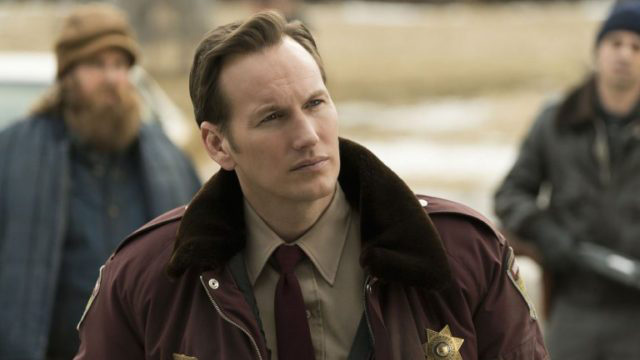 I love Patrick Wilson as much as I am fucking clueless about Aquman lore. Which is to say — I fucking *love* him. So I’m excited for his casting in Aquaman, despite not knowing *who* the fuck he is playing.

Aquaman is shaping up to be a “swashbuckling action film,” and now that we’ve got an official release date, expect movie news to start rolling in a bit more often. While we’ve still got a ways to wait until 2018, fans have certainly gotten plenty of tidbits to keep them hyped for the Jason Momoavehicle. First, we had a look at Amber Heard’s Mera, Queen of Atlantis, who will be making her first appearance in the upcoming Justice League film. Now, Deadline is reporting that Fargo‘s Patrick Wilson has been cast as the villain in Aquaman’s solo venture.

While early reports pegged Black Manta as the seafarer’s film foe, Wilson will actually be playing Orm, a.k.a. Ocean Master, Aquaman/Arthur Curry’s half-brother and rival for the ruler of Atlantis. Orm was introduced in the 1940s comics, and frequently battles Aquaman and causes a boatload of problems for his half-brother. Not to start another Dawn of Justice vs. Civil Warargument, but anyone else getting some serious Thor/Loki vibes from these two?

This won’t be Wilson’s first foray into the superhero world, having played Dan Dreiberg/Nite Owl in Zack Snyder’s adaptation of Watchmen. I guess DC likes to keep it in the family.