Archives
« Two ‘Legend Of Zelda: Breath Of The Wild’ Trailers: Give Us This Already
‘Guardians Of The Galaxy Vol. 2’ Trailer: Showtime, A-Holes! » 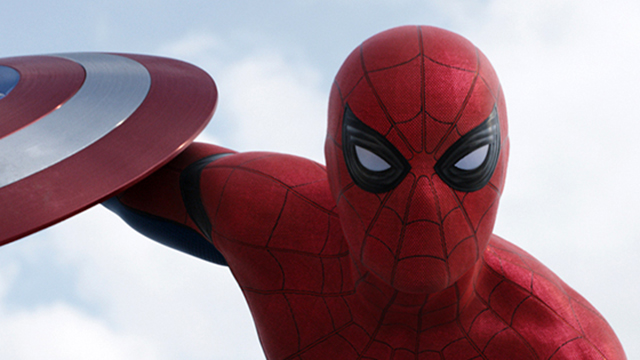 Everyone’s talking about it on the Internet, so why shouldn’t I? Huh? I ain’t got not principals. Oh, talking about what? Glad you asked! New Spider-Man: Homecoming footage was screened at Comic Con Experience 2016 in São Paulo, Brazil. And said footage featured Spidey getting yet another upgrade from Tony “Totally Not A Creepy Horatio Alger Character” Stark.

We are probably going to be seeing the first official trailer for Spider-Man: Homecoming very soon, but some lucky fans in Brazil got a taste of what’s to come. Sony held a panel at the Comic Con Experience 2016 in São Paulo, Brazil, where they showed a brief trailer for the movie. The footage, unfortunately, didn’t make its way online, but a description of the footage has and what was revealed is very exciting for longtime Spider-Man fans.

Vice President and Executive Editor for Marvel’s digital media team Ryan Penagos was in attendance at the panel and took to his Twitteraccount to give a good description of what was shown to the audience. According to his report, the footage shows Tom Holland as Spidey talking to Happy Hogan, played by Jon Favreau in the Iron Man series, in a POV style. But the most exciting part has to do with a suit upgrade. As has been rumored for some time, this footage confirmed that the new Spider-Man suit will feature the classic Steve Ditko inspired “web wings.” Here is the full description of the footage.

“The Spider-Man Homecoming footage was short but AWESOME. Starts from Spidey’s POV, talking with Happy Hogan (Jon Favreau). There’s a case from Tony Stark with an “upgrade” for Spidey. Then we see Spidey leap off a building, open his arms, web wings! There were a few more flashes of shots, but I can’t remember. That classic underarm webbing look was just so rad.”The clip was reportedly very brief, but based on the description alone it sounds like Spider-Man: Homecoming could be everything Marvel fans hoped it would be. This, coupled with the footage that was shown over the summer at San Diego Comic-Con, gives a lot of cause for excitement. Aside from the web wings, it is unclear what the “upgrade” Tony Starkgives to Peter Parker in the clip is, but that seems to be something Marvel wants to keep as a surprise. At least for now. Rumor has it that the full Spider-Man: Homecoming trailer is attached to debut with Rogue One: A Star Wars Story late this month, so we could be seeing some version of this footage in less than two weeks.