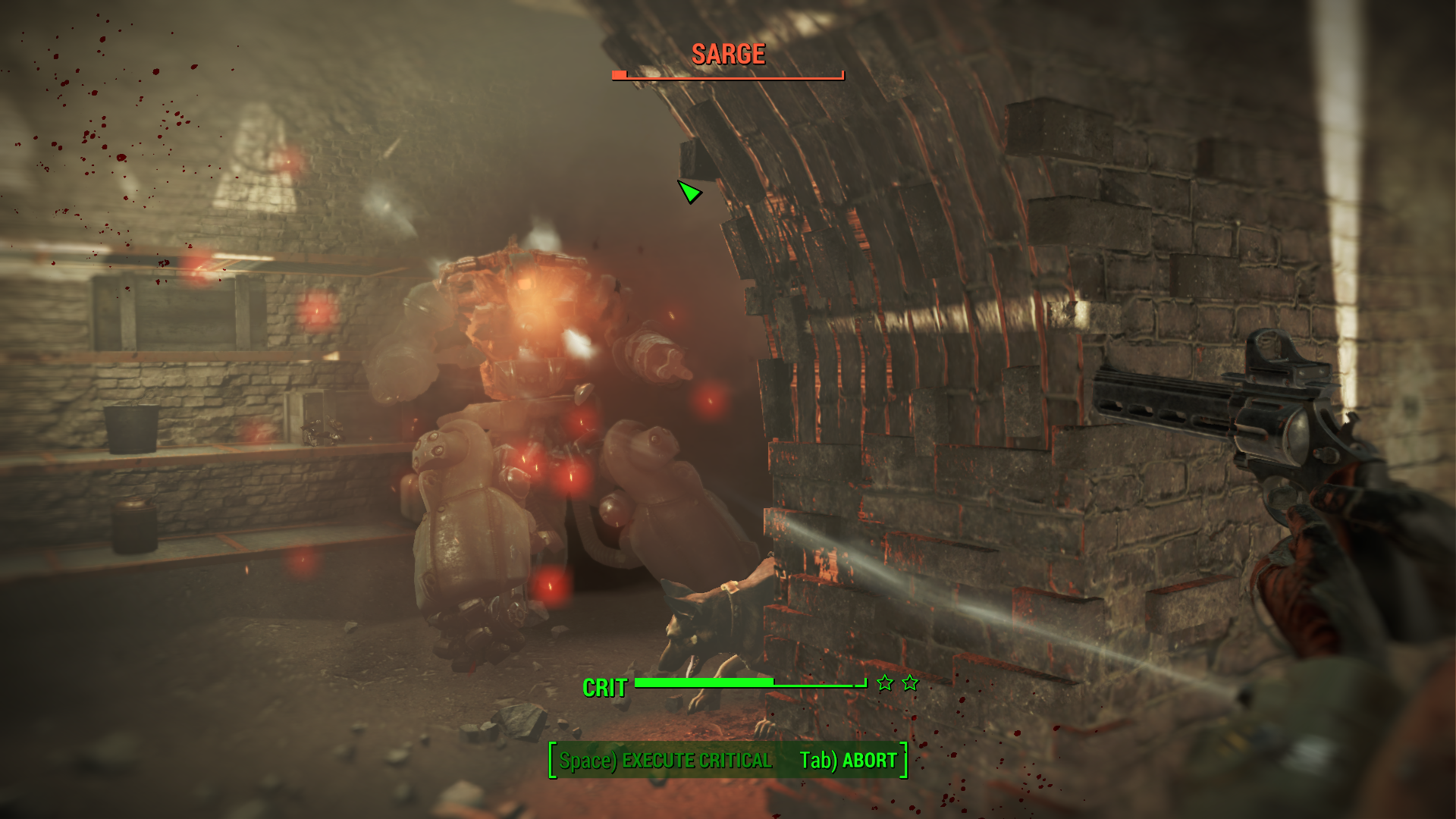 Before hitting Far Harbor, I wanted to set up The Castle and finish some of the minutemen stuff. Sarge had to go! 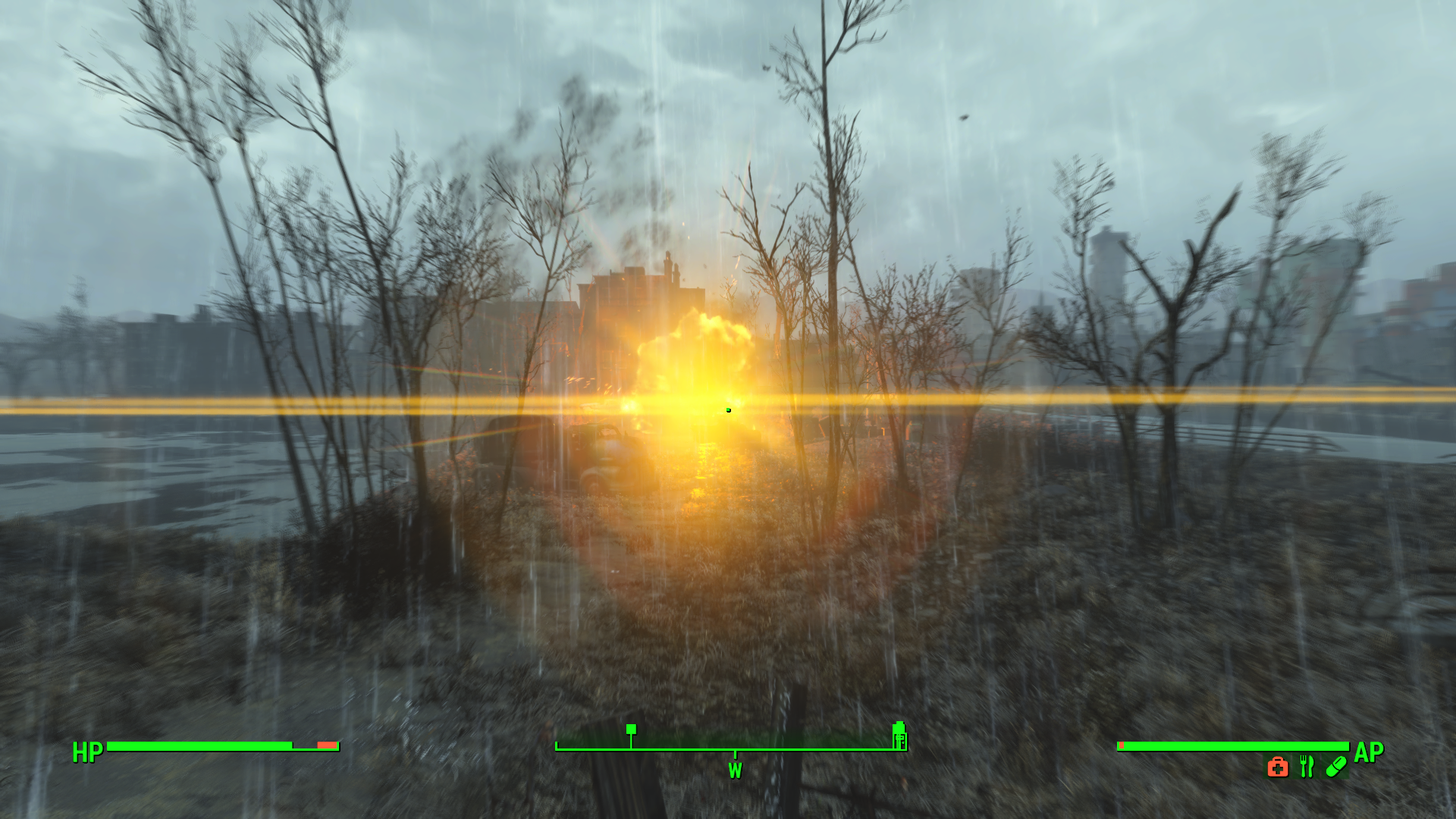 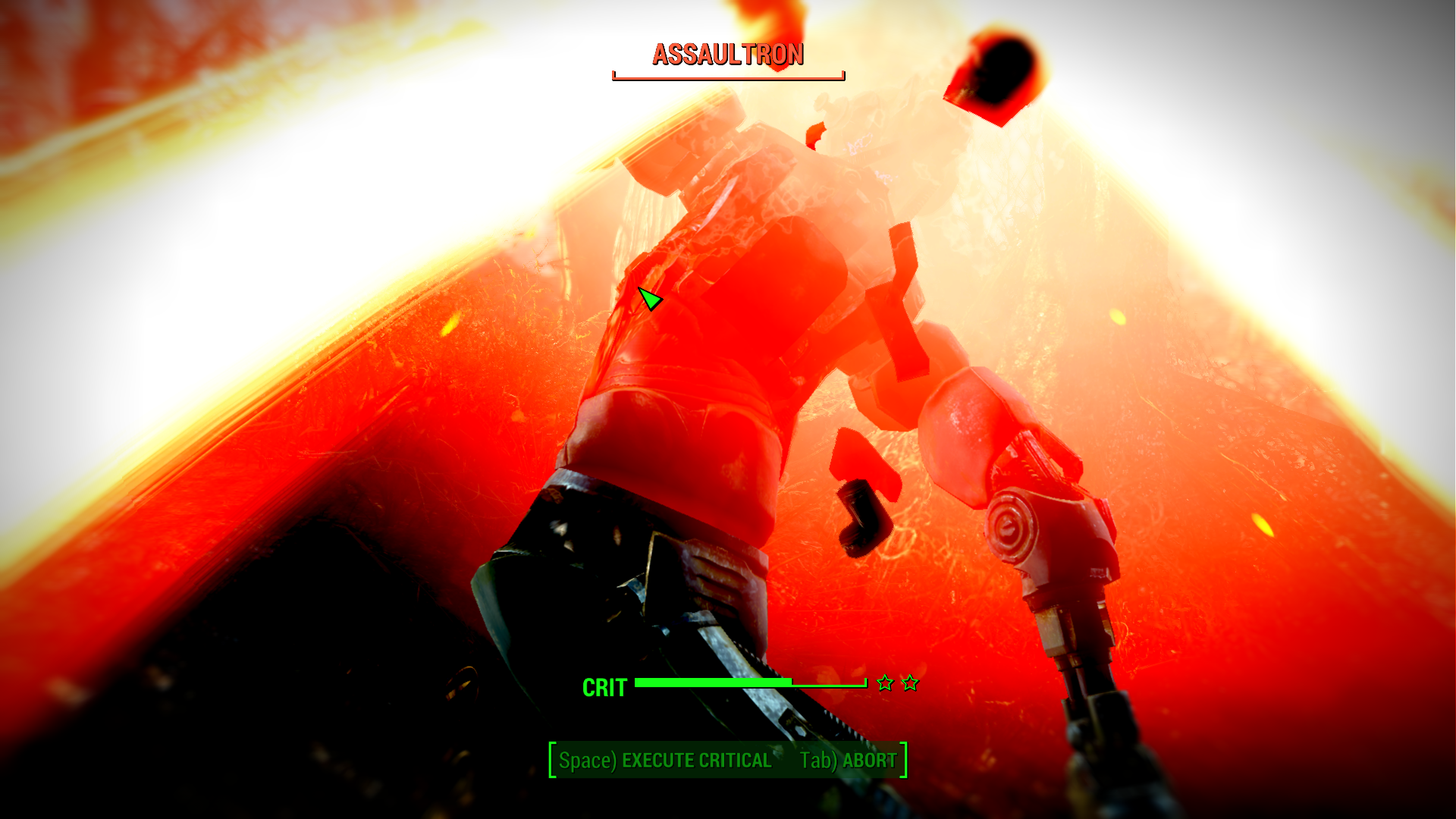 On my way North East and of course I get sidetracked. #justfalloutthings 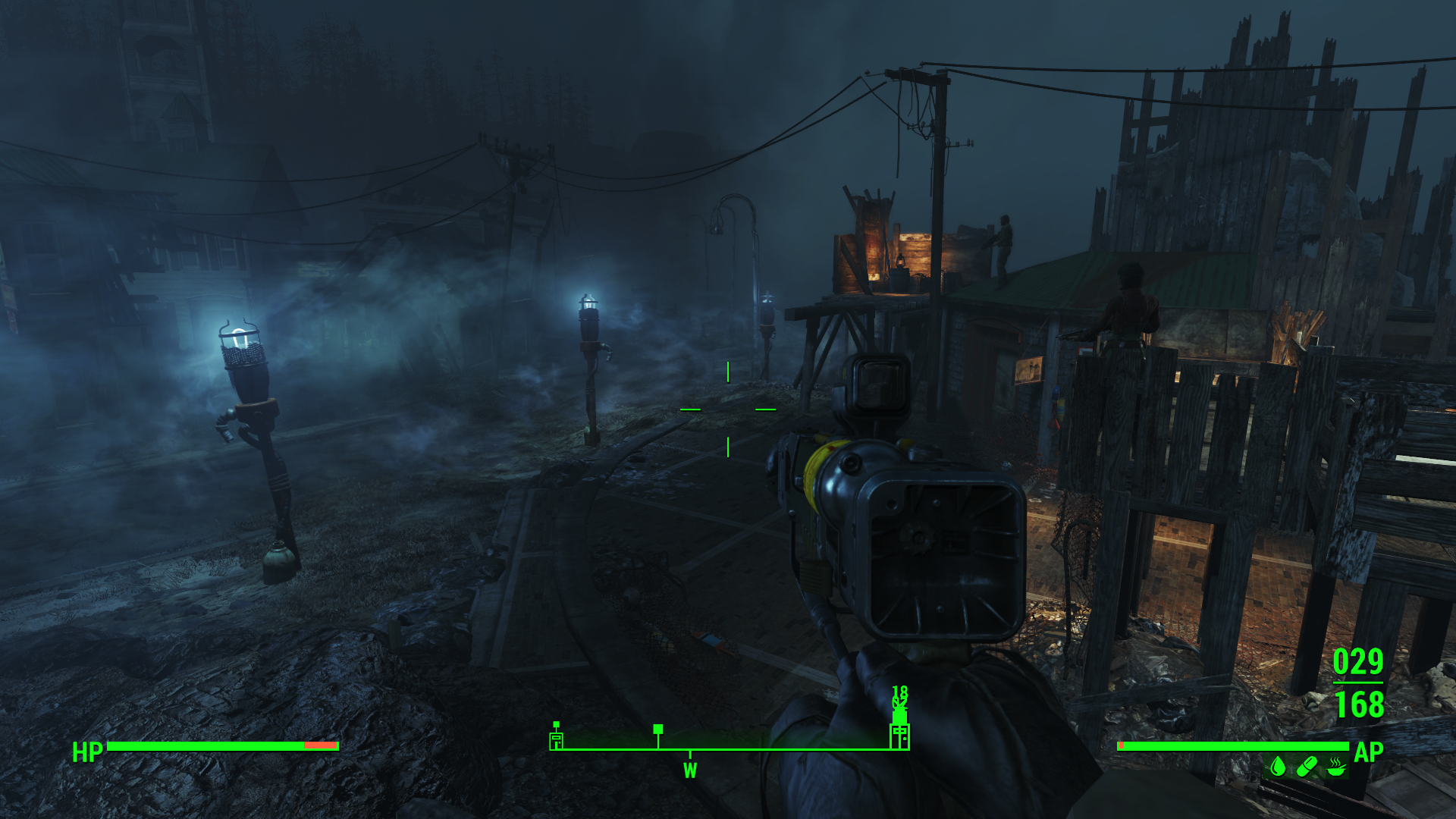 Immediate impression on making landfall – This place is gorgeous 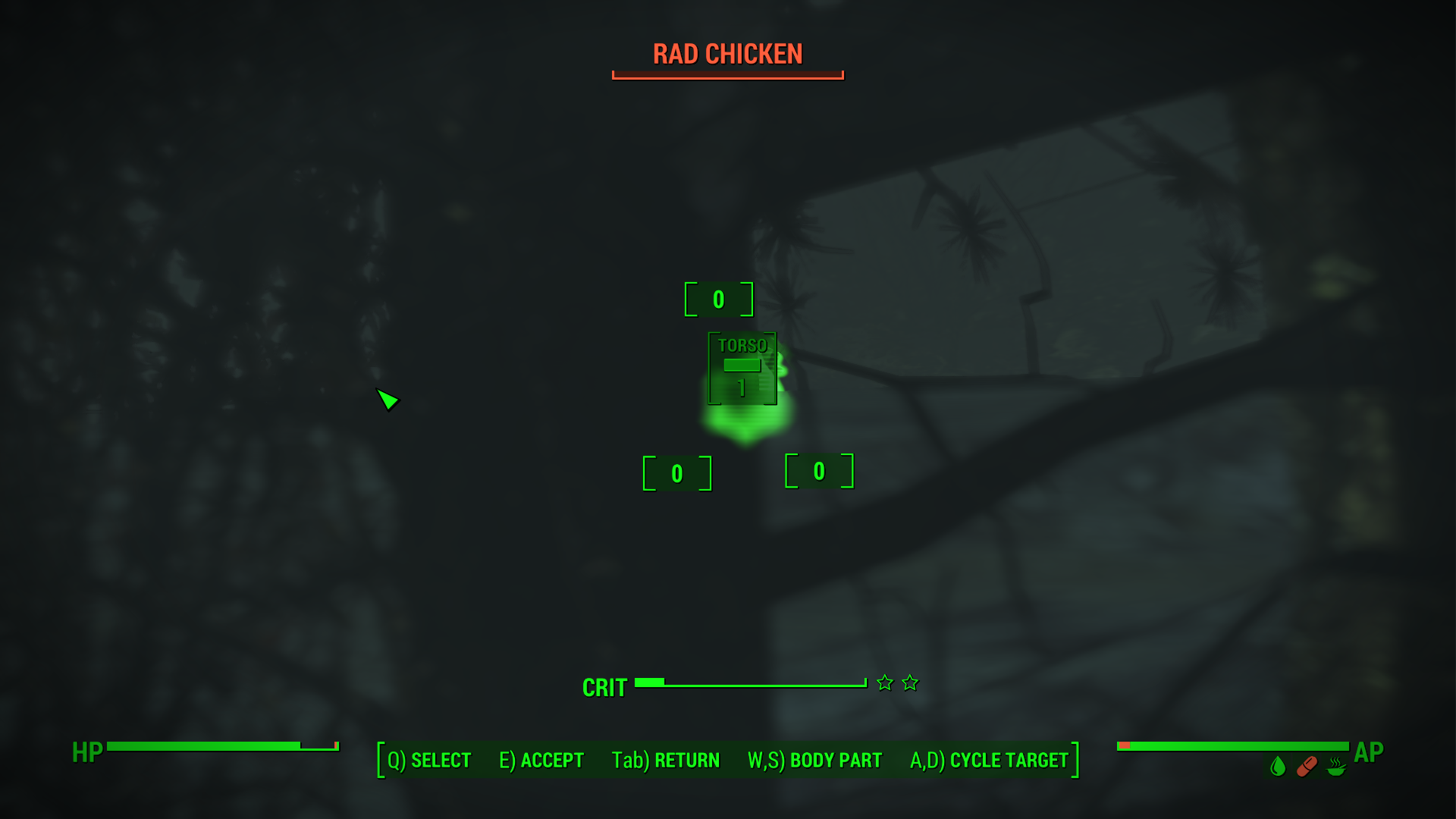 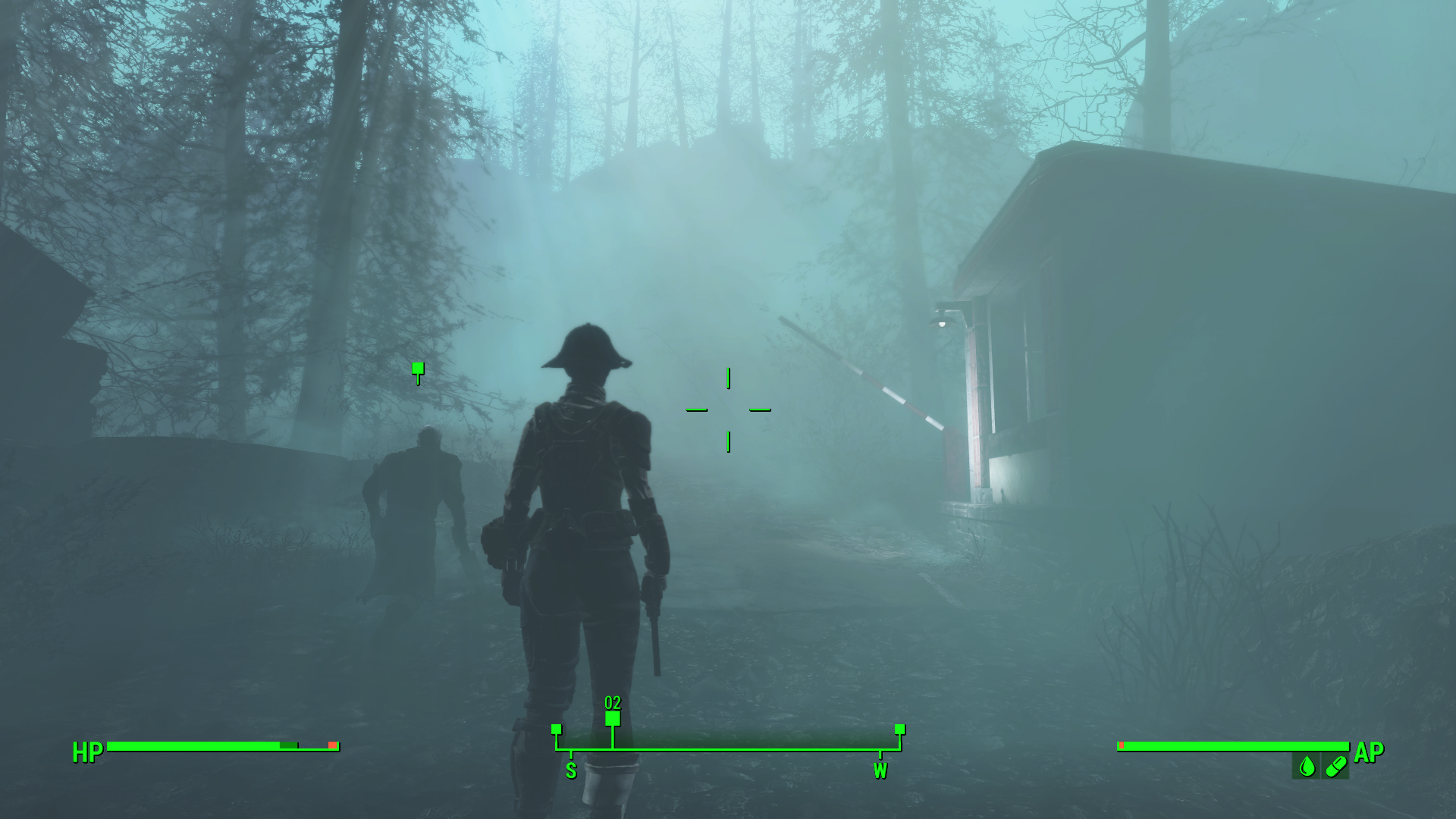 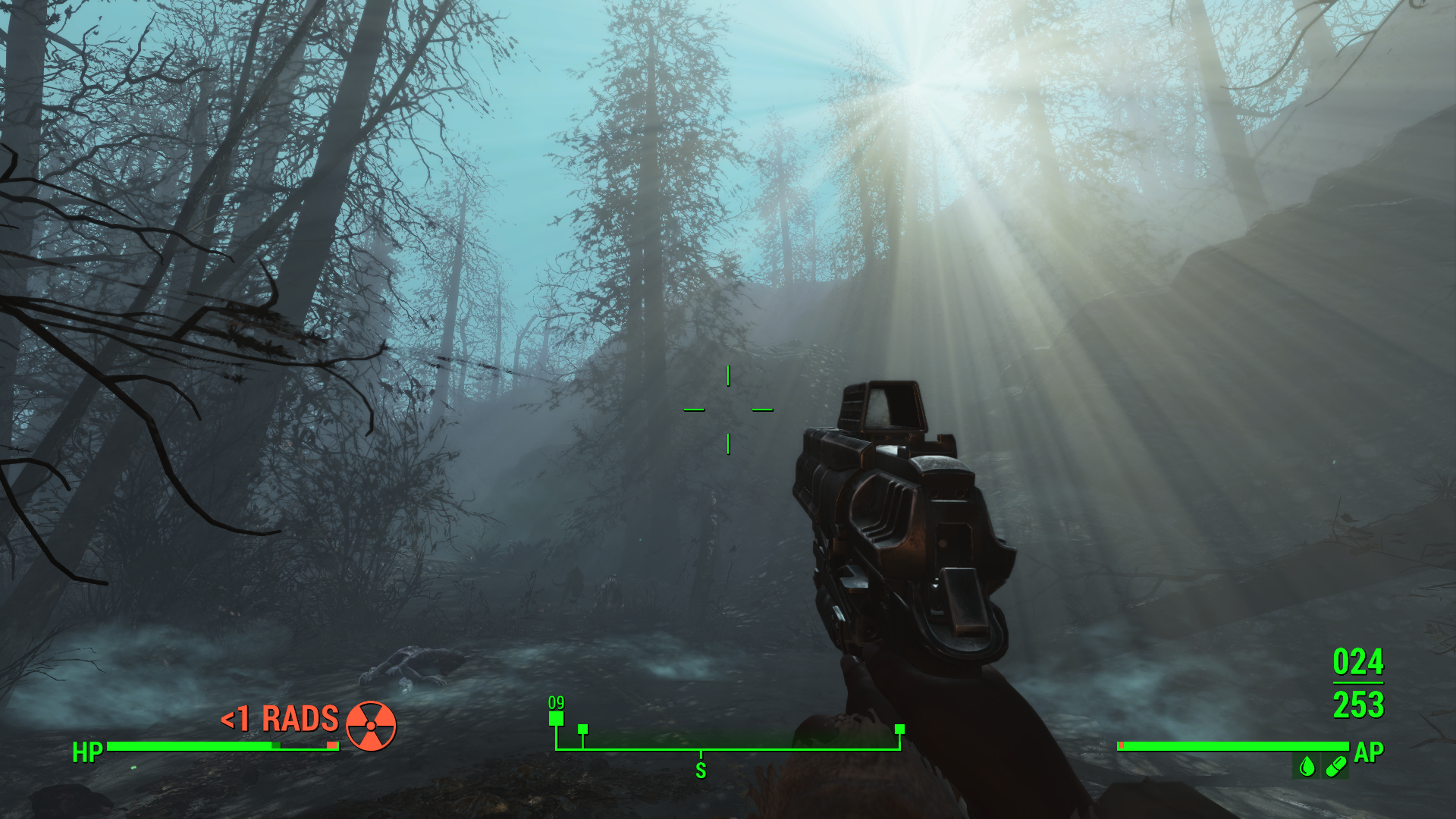 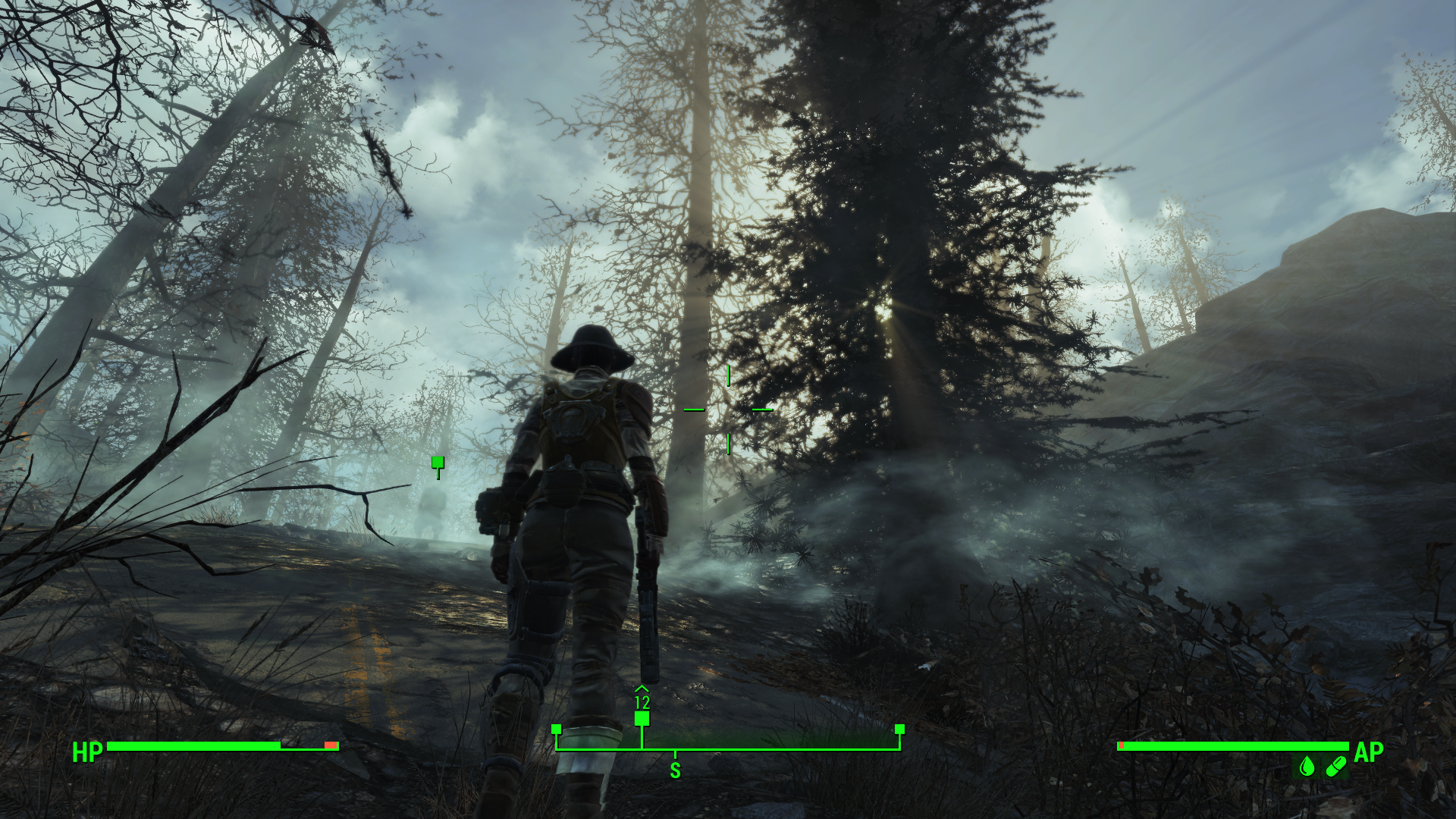 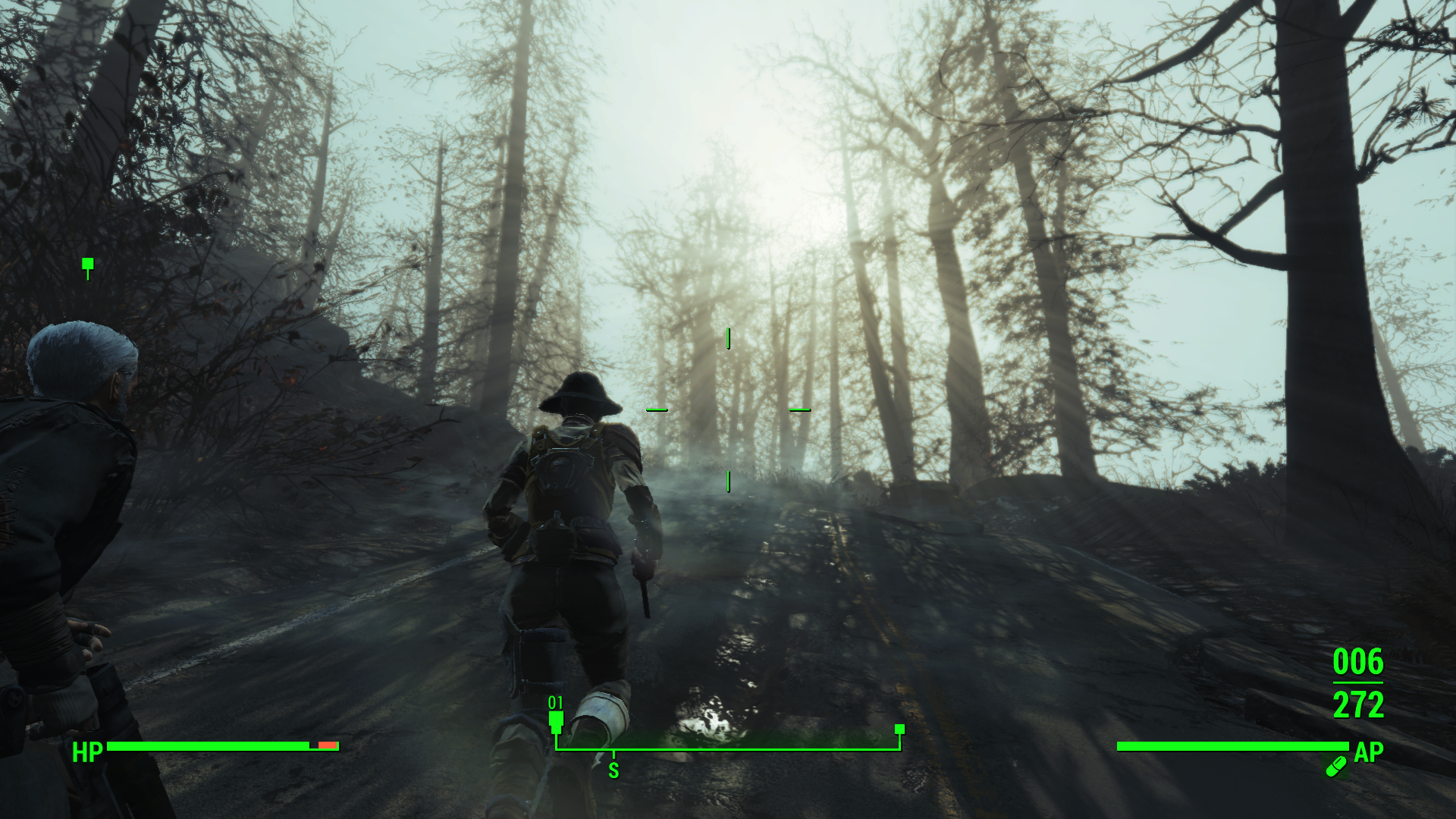 Up we go to Acadia. Longfellow in tow. 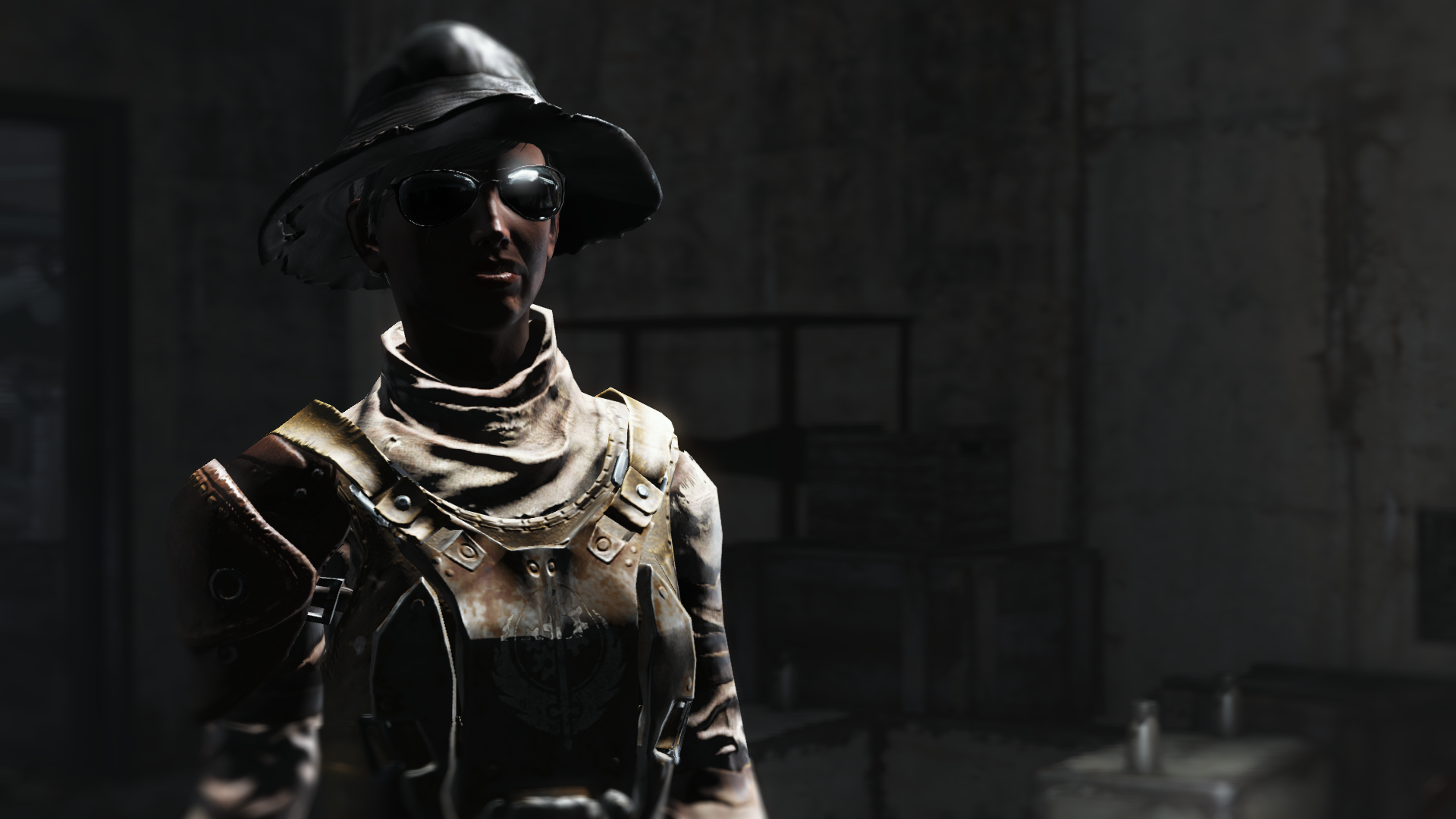 When in Rome. Put on a fisherman hat to blend in. 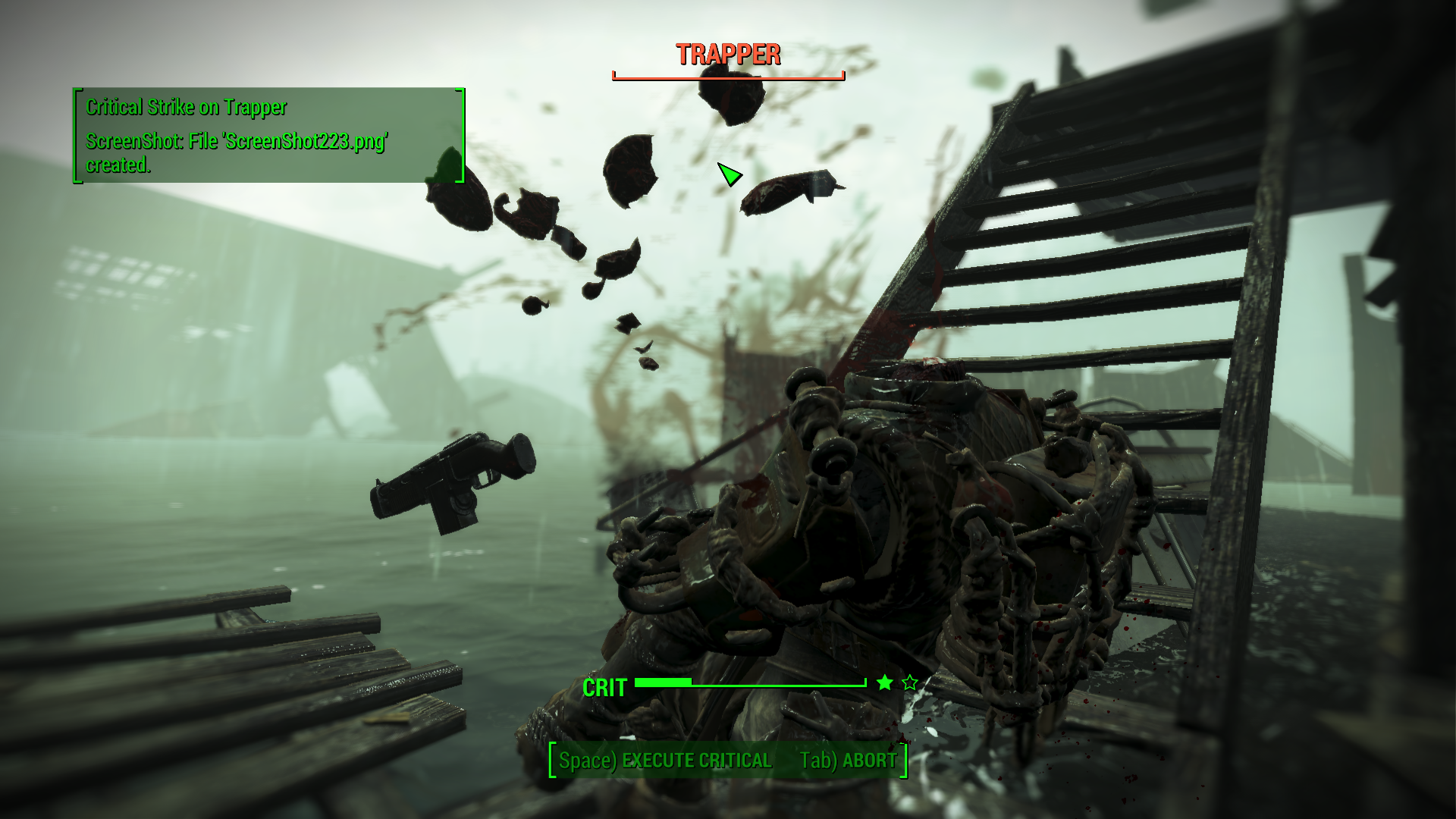 Trappers are the Raiders of Far Harbor.  They explode just the same when crit in the face. 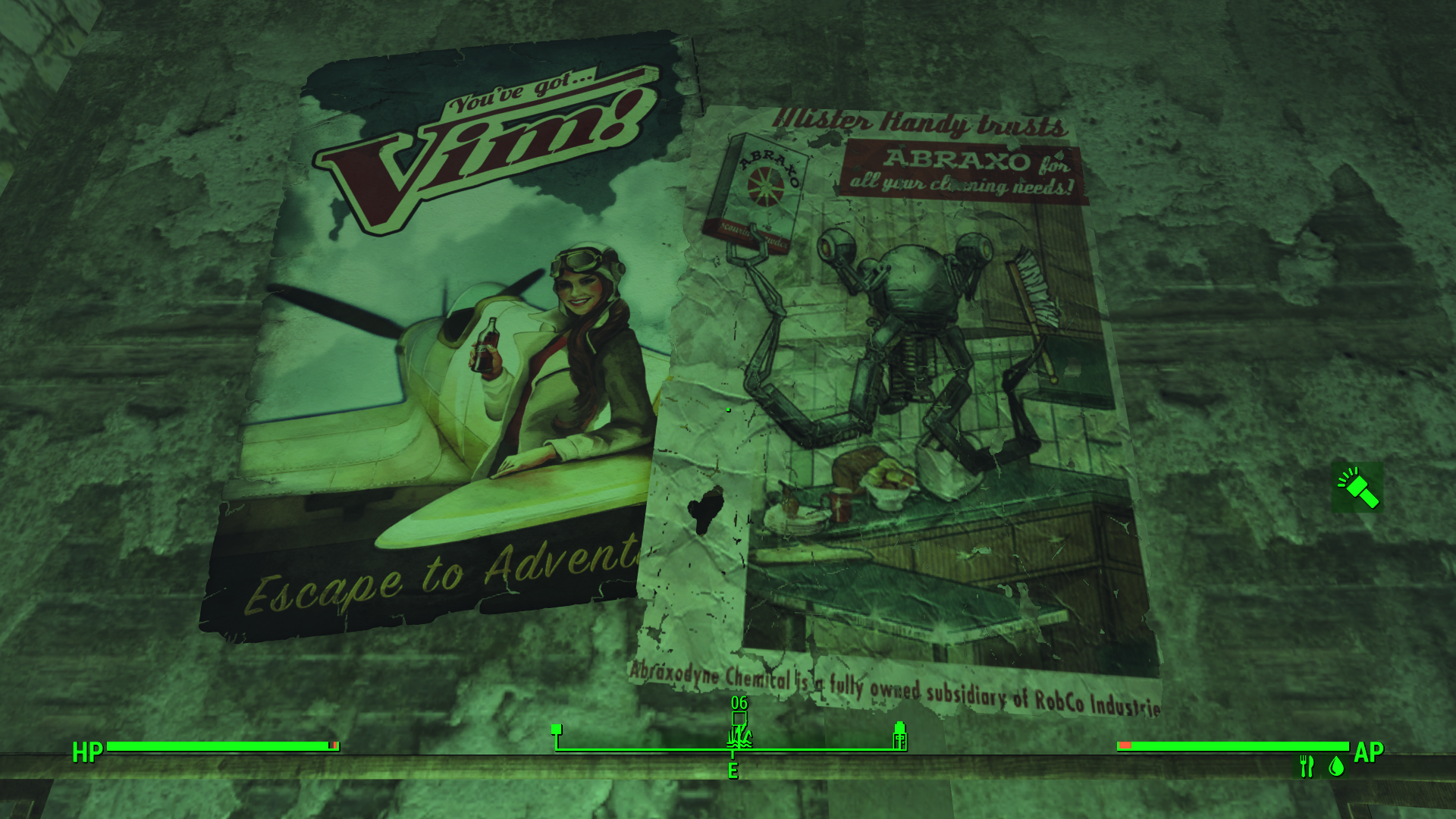 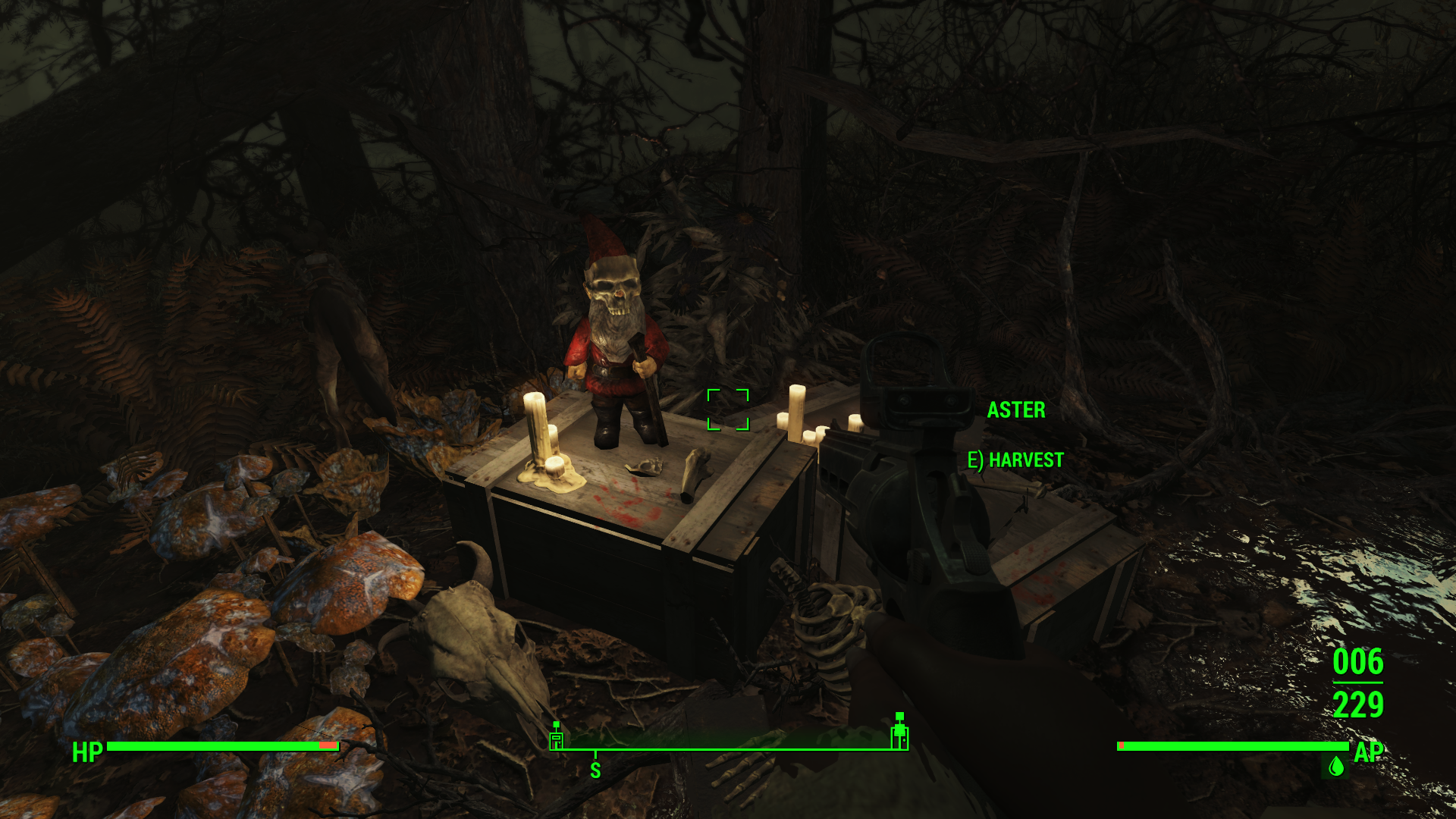 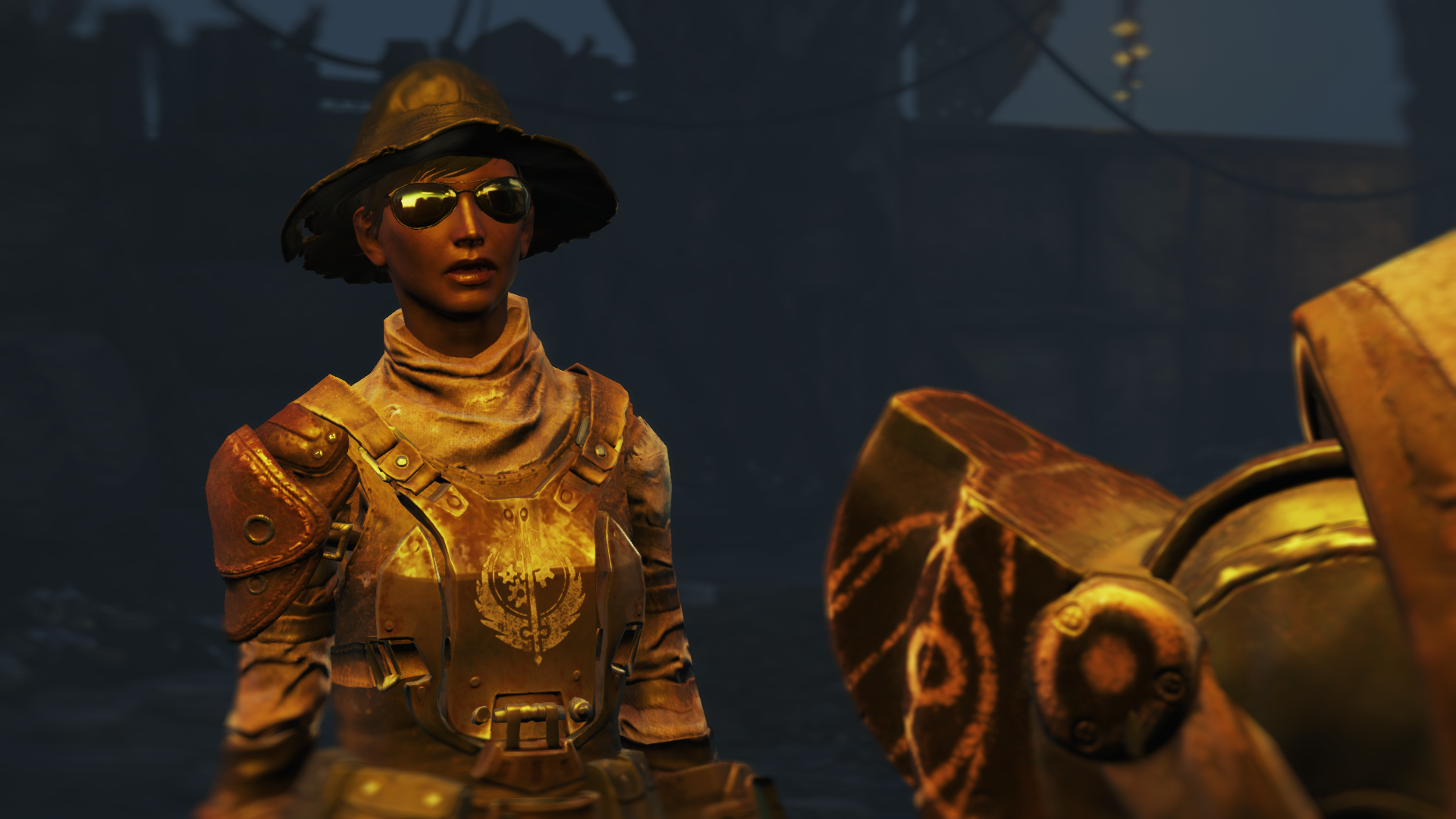 It was at this very moment that I decided.  Fuck the Children of Atom.  This dude is trying to tell me, to even gain entrance into their submarine I have to drink some irradiated water.  Fuck that noise. I killed him. I killed his guards.  This made me hostile with an entire faction on the island. IDGAF. Screw you, man.  I had to kill every single man, woman and child of atom inside that sub. Every vendor.  Every merchant. Every named NPC. Every generic NPC. IDGAF. 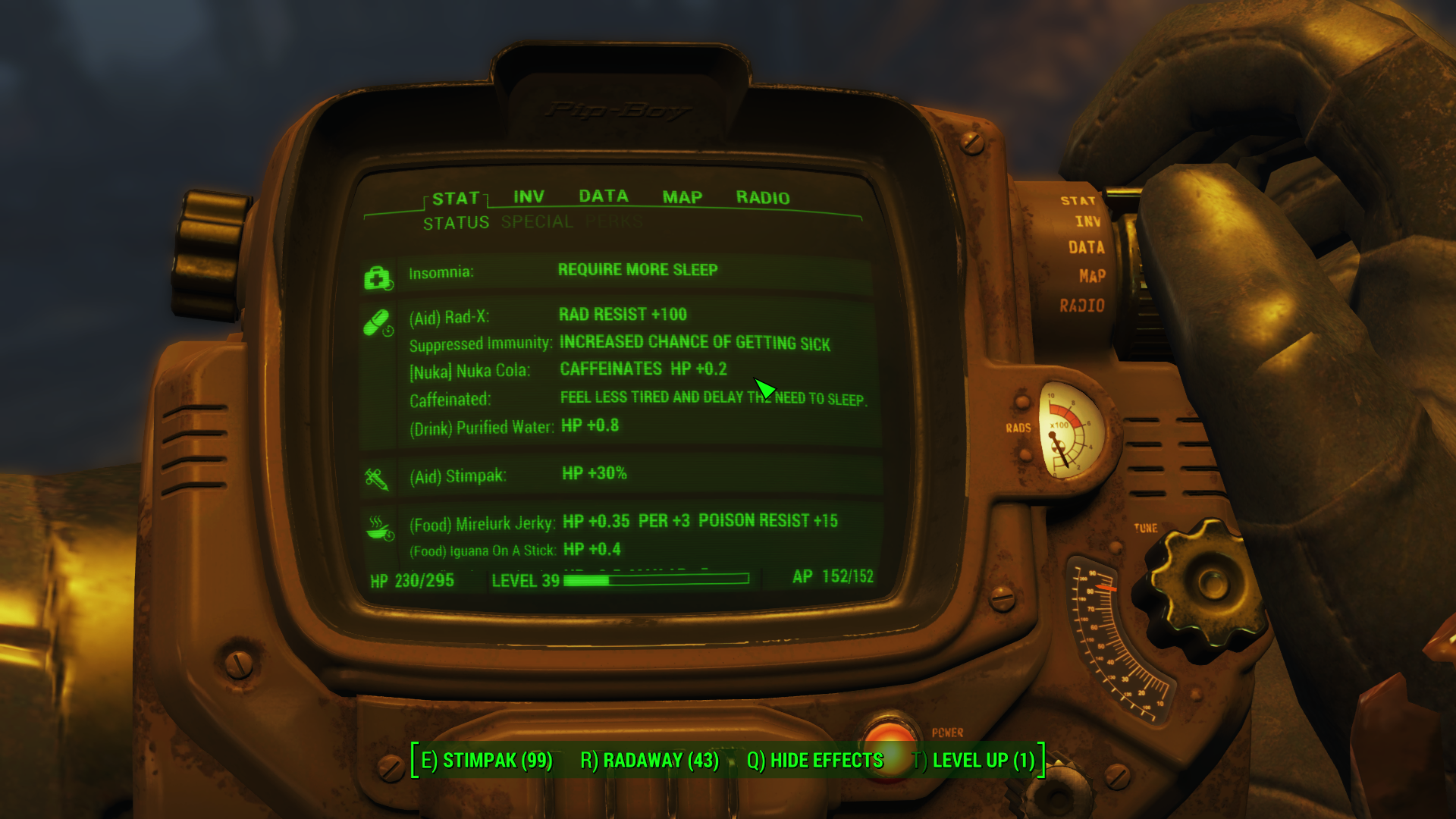 This is what my life looked like inside the sub as I had to kill every single being inside. No joke on Survival mode. 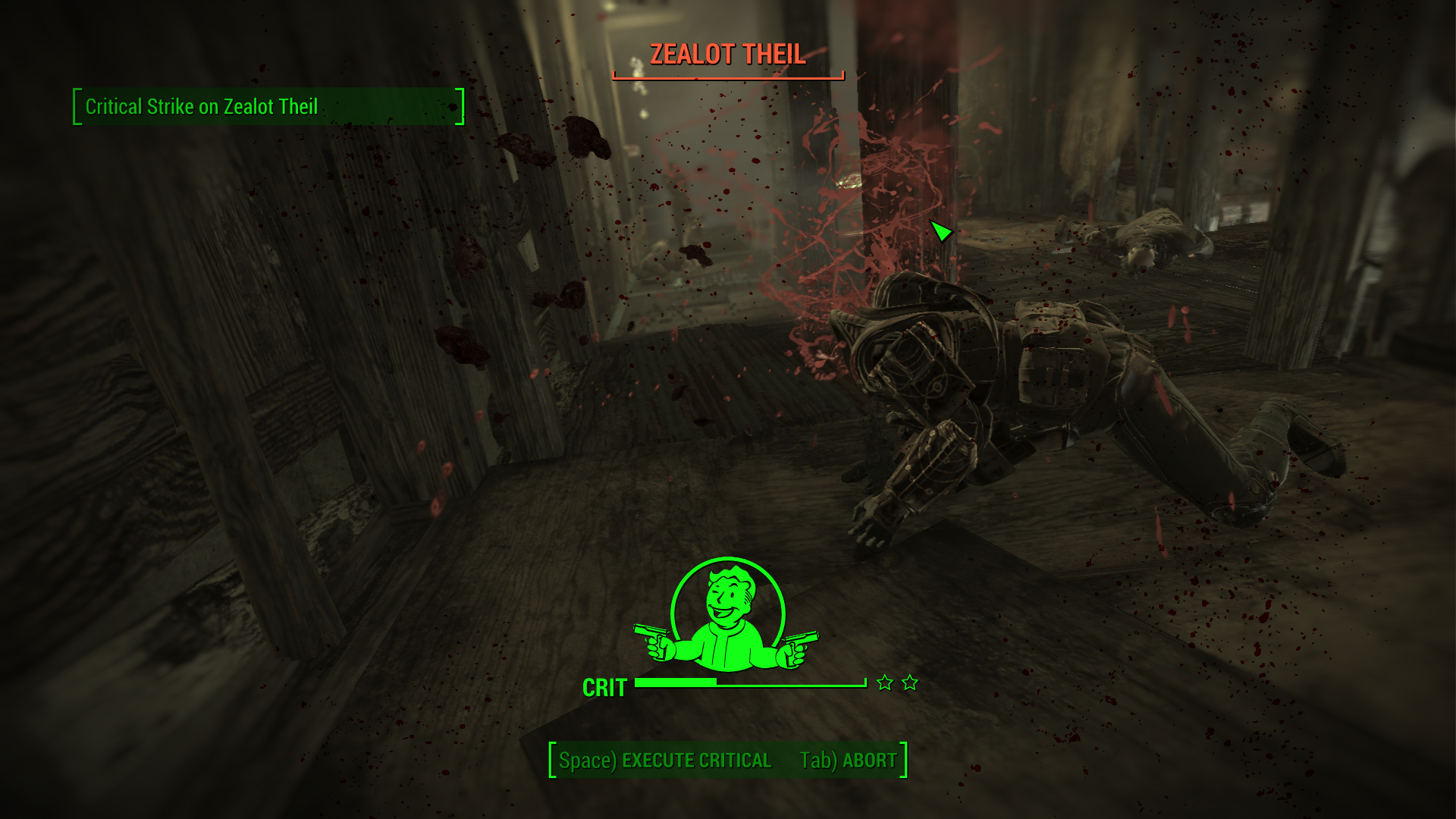 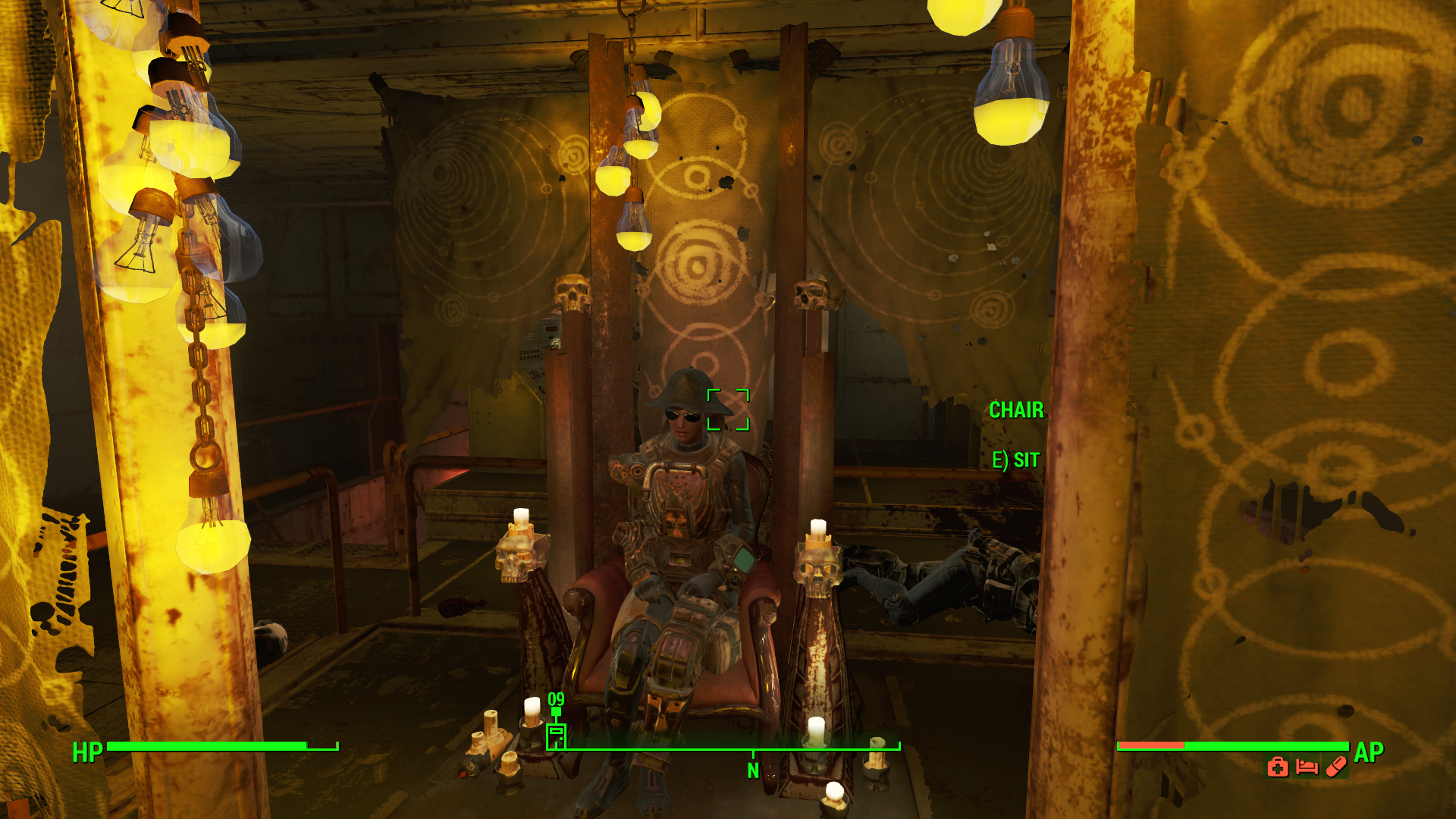 Watch the throne, Bitches. I cleared the whole sub out and sat on the head NPCs throne.  Fuck y’all. 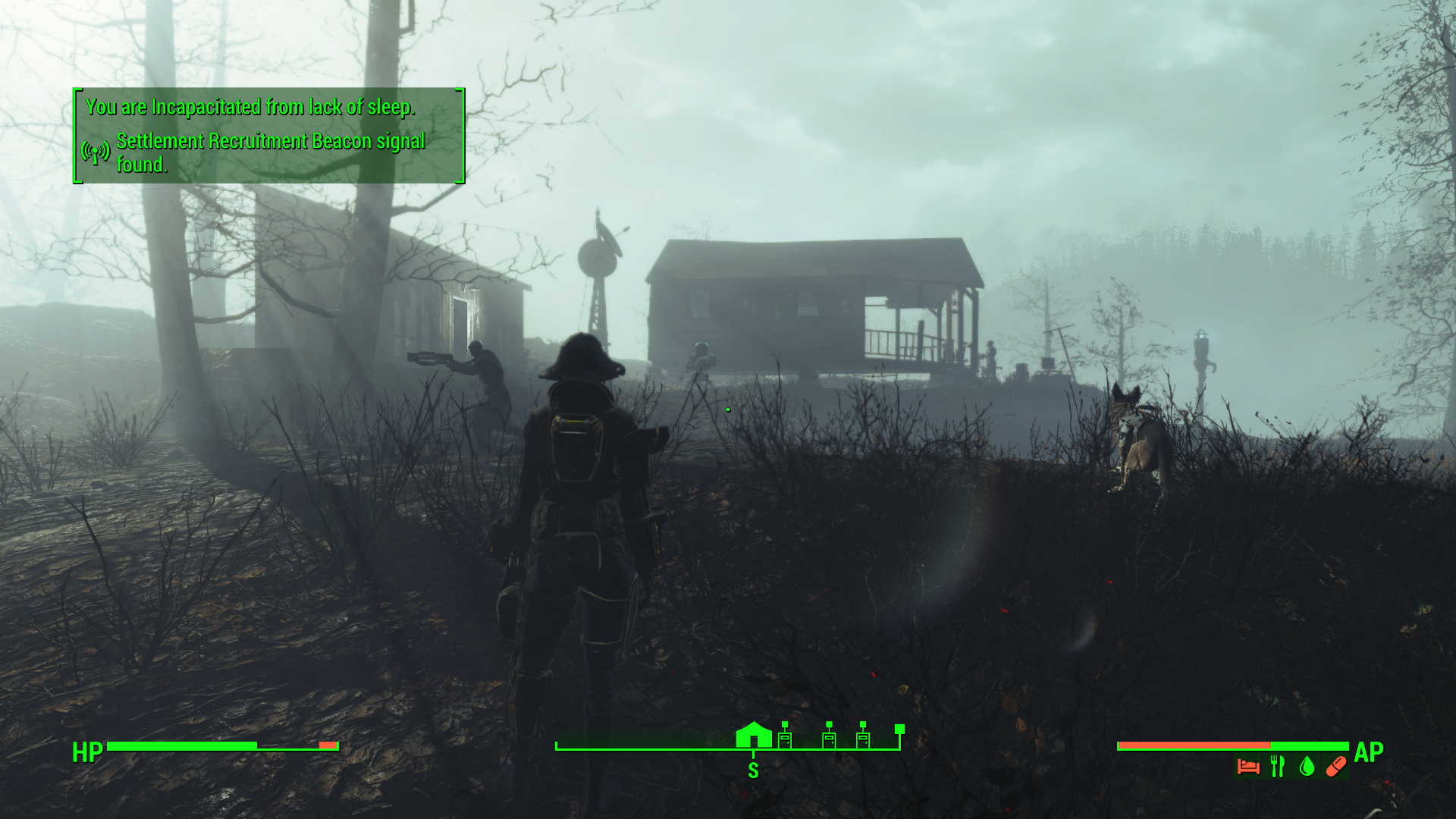 I am incapacitated from lack of sleep. Incidentally, you cannot sleep in an area that is 100% hostile to you.  So once I murdered a Child of Atom, the whole sub went hostile and I couldn’t use a single bed.  Couldn’t save, couldn’t sleep. I popped so many Nukas just to make it through.  Once the caffeine wore off, my character could barely move and as you can see, I had a huge hit to my maximum AP. WORTH IT. 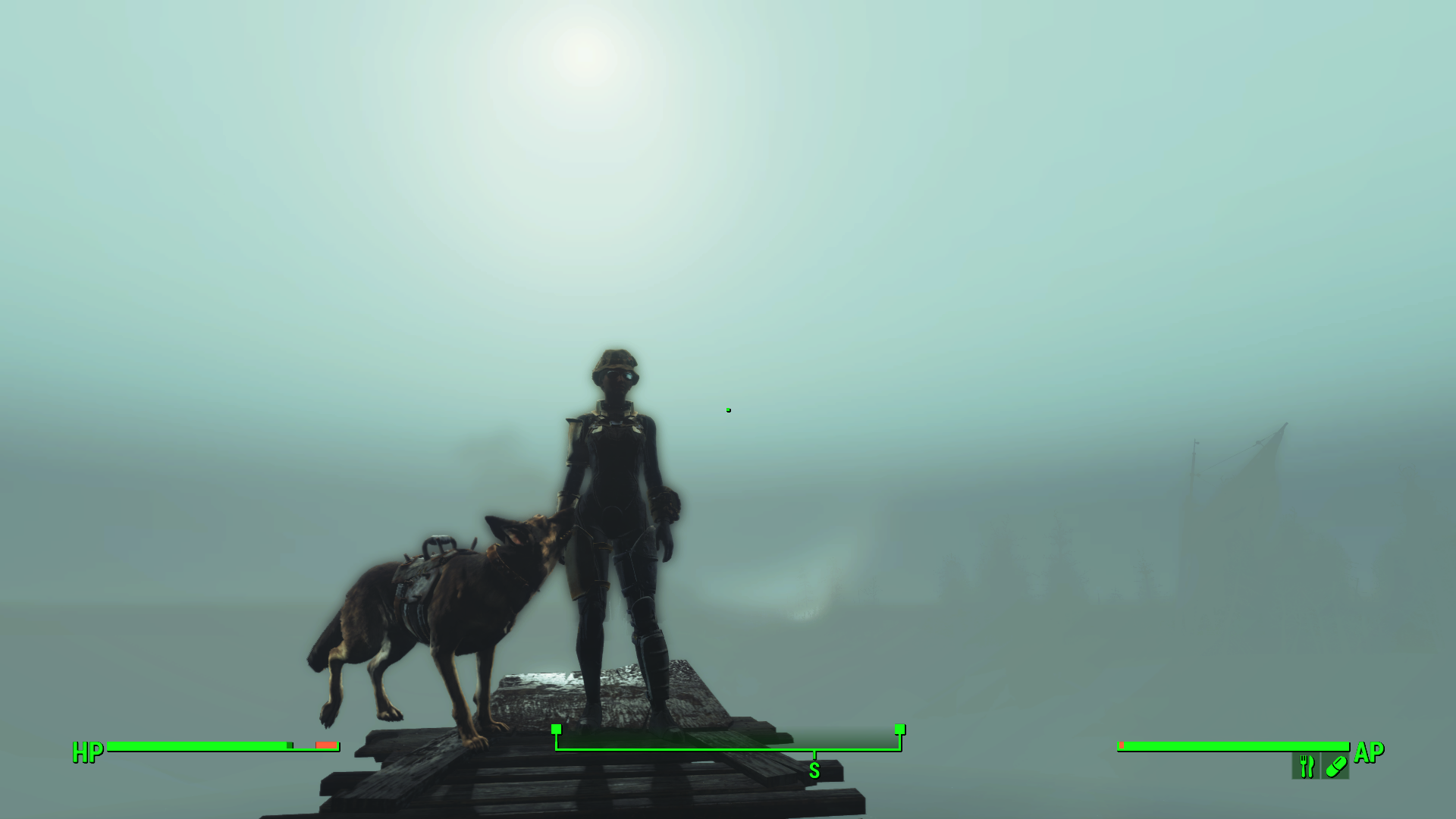 Victorious over the Children of Atom, it’s time to find out the truth about D.I.M.A. I love this DLC.