Archives
« ‘Jean-Claude Van Johnson’ Trailer: JVCD’s Sugary Bout of Ennui
Official ‘Dark Tower’ Image: There are other worlds than these »

Michael Peña returning for ‘Ant-Man and The Wasp’ 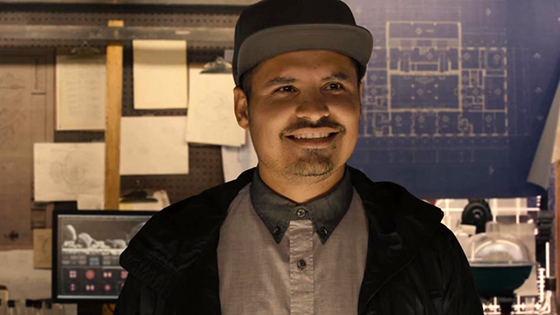 One of the best parts of the surprisingly dope post-Edgar Wright Ant-Man was Michael Peña’s performance as Scott Lang’s friend, Luis. Due to this, it seemed like a no-brainer that the actor would reprise his role. Still though, nice to have some confirmation. Nice, indeed!

In 2015’s “Ant-Man,” Scott Lang (Paul Rudd) stole superhero tech, but his partner-in-crime Luis (Michael Peña) stole entire scenes. ActorMichael Peña quickly became a fan favorite for his lovable turn as Luis, the lowbrow criminal with highbrow hobbies, and “The Hollywood Reporter” writes that he will return for 2018’s“Ant-Man and the Wasp.”

While Michael Douglas, who played Hank Pym in “Ant-Man,” had previously indicated that “Michael [Peña] was unbelievable…I’m sure we’ll get him back,” in an interview, this looks like the first confirmation that Peña will return for the sequel. “Ant-Man and the Wasp,” part of Marvel’sPhase Three, is set to begin production some time in 2017.

Speculation about the movie’s plot continues, but a few elements are clear. Hope Van Dyne (Evangeline Lilly) will suit up alongside Lang, making good on one of the “Ant-Man” post-credits scenes.

“Ant-Man and the Wasp” is due in theaters on July 6, 2018. It is written by Andrew Barrer and Gabriel Ferrari, with story contributions from Adam McKay and Paul Rudd. “Ant-Man” directorPeyton Reed will return to direct, along with co-stars Evangeline Lilly and Paul Rudd as the title characters.

[via “The Hollywood Reporter”]