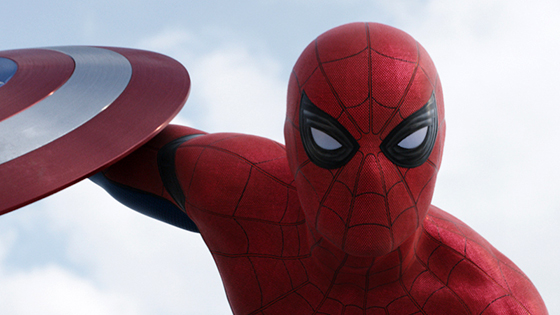 Shitty puns! For all! Tucking the poster behind a “more” tag because it’s an unofficial snap, and uh, sort of gnarly on the eyes. Like, not poor quality, but, well, you’ll see.

We’ve seen the suit in action, we’ve seen concept art, we’ve even got nice and close up with his shiny new webshooters—and now, here’s your first poster for Spider-Man: Homecoming, featuring Peter Parker being the loveable dork he’s always been.

The poster making the rounds this morning was allegedly spotted at the Magic Las Vegas trade show for apparel vendors. This being the internet in 2016, if first appeared in a time-sensitive Instagram Stories post from a user named Ben Scrivens, before being snapshotted by the Marvel subreddit and disseminated throughout Marvel fandom:

It doesn’t exactly tell us anything new—it’s the same suit we saw in Civil War so there’s not much it can reveal—but it’s a pretty fun picture of Spidey being playful. Which is exactly the sort of thing you want out of a take on Spider-Man, isn’t it? He’s being a bit goofy, a bit funny, and very friendly neighborhood Spider-Man-y. Not bad! 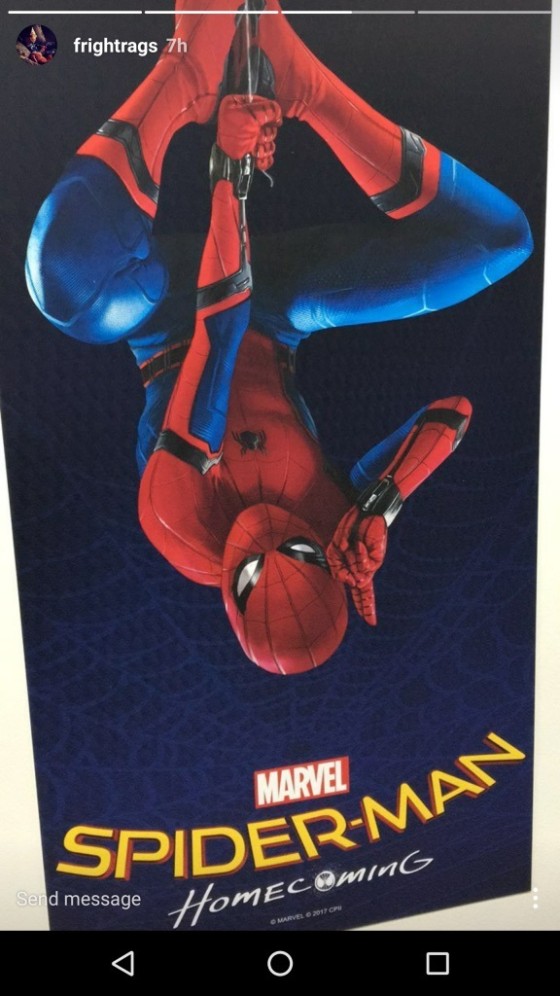