Archives
« Report: Nintendo NX is a portable console with detachable controllers
‘King Arthur’ Trailer: Guy Ritchie and The Round Table »

The game turned around a bit after I got the legendary laser rifle from Danse after completing the first brotherhood quest. (I made it into a pistol to fit my build) Which by the way, I died 3 times just trying to kill the ghoul waves at the START of the quest chain. The one where Danse is in front of the police station and some lowly ghouls swarm the area. Except on survival these lowly ghoul sprint at you and surround you and pretty much instantly kill you. Yeah.

After this, I finally had a bed to sleep in at the station and decided instead of continuing to quest I would just run straight to Diamond City to get some new gear as I find if you don’t continually upgrade the enemies rapidly outpace your offense and defense. This turned out to be a good idea (the first in awhile) I was able to get a ton of food, water I was good on from my settlements.

I really want to not run back to safety after each single quest is completed but every time I’m feeling bold and try to to do quests back to back, I die randomly and lose about 20 minutes of real world time and want to nerd rage. There were a good amount of times I thought I was getting too far behind the enemies, for example the mirelurks. They took an incredible amount of punishment from me, yet could one or two shot me. I sucked it up and wasted a ton of ammo just to complete the water pump quest. You really have to aggressively upgrade your weapons to keep up with the enemies and still almost all my perks have to be damage related so I can stay ahead. I’m really tempted to go a chem route with this gal, but I have way too many points invested in luck and agility to even touch that right now.

Overall, the build is beginning to flow. When four leaf clover or Grim reapers sprint procs I can see the killing machine begin to run smoothly. Once I make it far enough along to have these perks maxed out I’ll finally be able to branch out into more fun perks, like Party Girl. Because I really want to RP this gal as a drunk gunslinger.

I ran this railroad track at least 6 times in a row, dying at the end to something different each time… 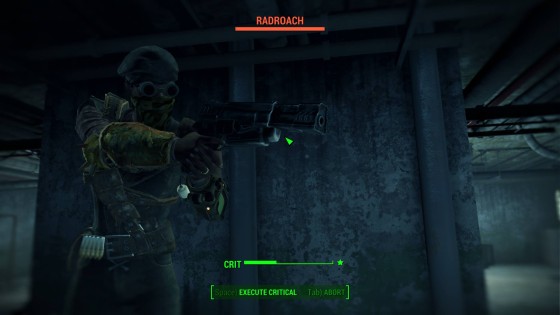 Finally found a new barrel for my 10mm, which is growing increasingly weak and I only use for lowly roaches and molerats now. 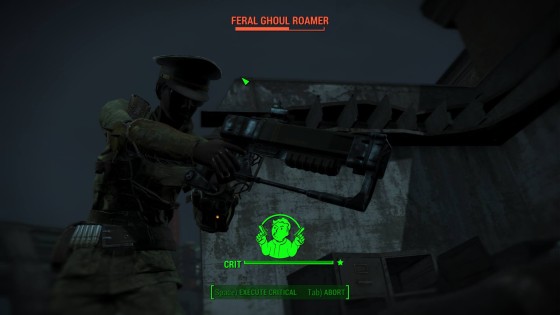 DIS pistol tho. My new hotness. My babe. 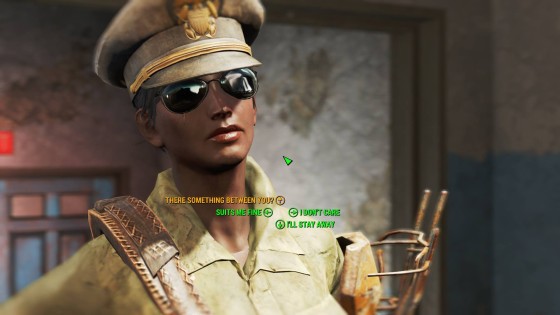 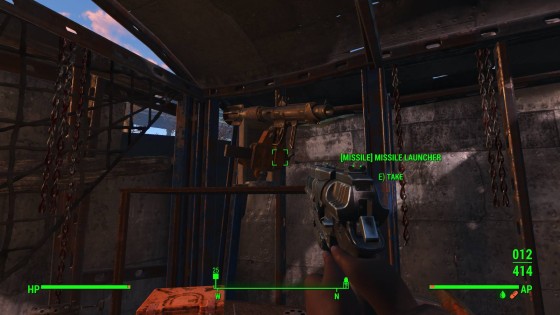 This fucking trap cost me 15 minutes of play time. 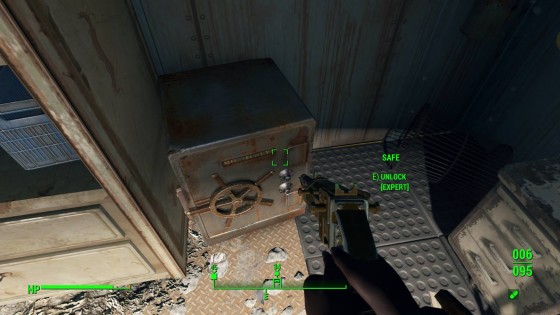 Can’t open ANY advanced safes as I can’t afford a single point in locksmith. 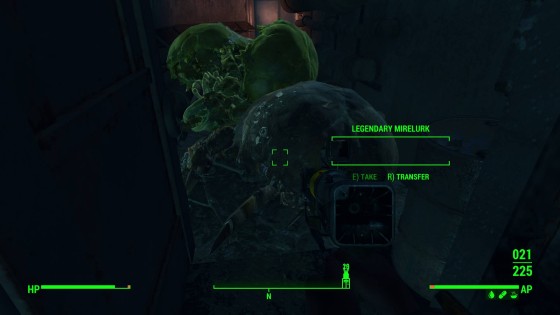 Audible screaming as I was running from this thing down these narrow corridors. My daughter: “THAT’S A FAST CRAB. KILL IT!!” 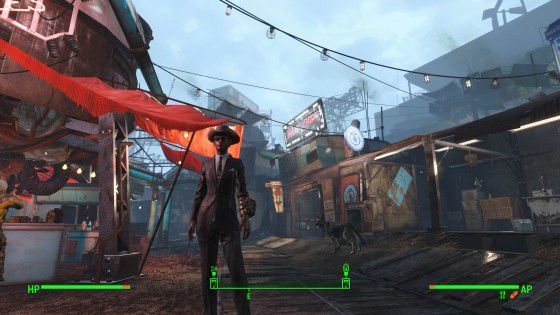 All my high Charisma gear on to get those discounted prices and win those speech checks. 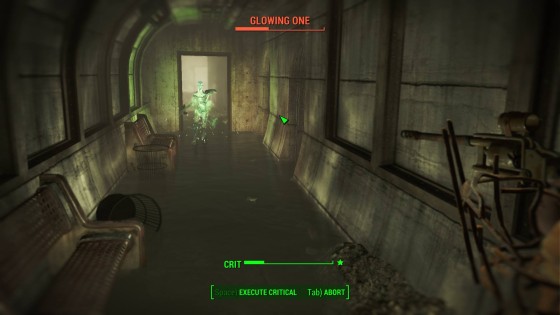 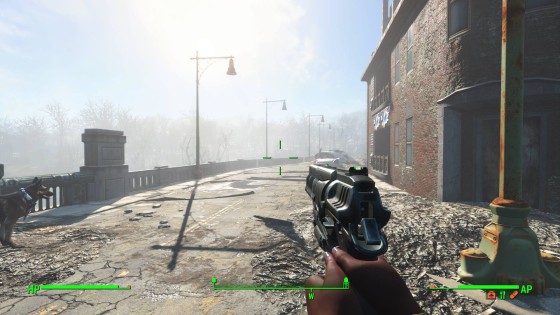 Pretty sunrise picture and incidentally one of those few moments where I actually just accomplished something without dying.