Archives
« ‘American Gods’ Trailer: Something feels weird
Weekend Open Bar: The Fetish is the Fashion is the Fetish » 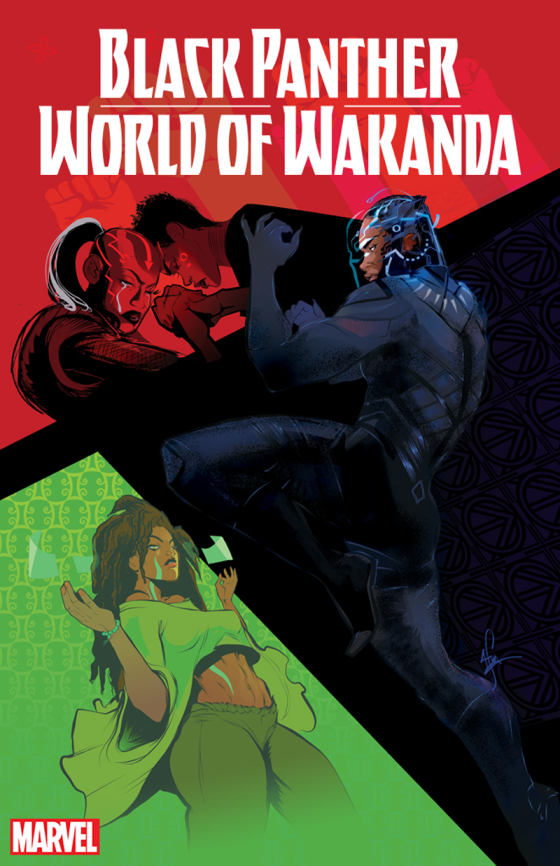 I don’t really fuck with Ta-Nehisi Coates’ current Black Panther run, but I’m more than excited about the accolades it is receiving. I’m also excited, apparently, for the talent that Coates is recruiting to bring their talents to the world of Black Panther and Marvel.

Reportedly coming this November, the series will be called World of Wakanda, and it will go deeper into the stories of the women of the Black Panther universe. One of Coates’ main goals for his Black Panther series was to make Wakanda feel like a real place, with a distinct African cultural history — these stories will give a huge boost to that world-building by fleshing out even more of its inhabitants.

Gay’s story, which Coates will co-write, will feature two members of Black Panther’s all-female security team — Ayo and Aneka — who fall in love. Harvey’s first story will revolve around Zenzi, a female revolutionary introduced in the first issue of Coates’ Black Panther series.

“WE HAVE TO OPEN THE DOOR”

Coates recruited Gay and Harvey personally, and emphasized the importance of having diversity both on the page and on the payroll at Marvel, telling The New York Times: “We have to open the door. It’s not, ‘Wouldn’t it be nice if there are more women writers, more women creators in comics?’ That would be nice, but in many ways, it is kind of an imperative.”

The move is an important one for Marvel, which recently caught flack for neglecting the behind-the-panels part of the equation: the new Iron Man is a black teenage girl, but her story will be written primarily by a white man. Marvel has been taking steps to make its universe as diverse as the real world — introducing a Muslim Ms. Marvel and a female Thor, for example — but it still has a long way to go.

As Gay noted to the Times, “In general, people of color are underrepresented in most storytelling… you get sort of a trickle, and you need a flood.”