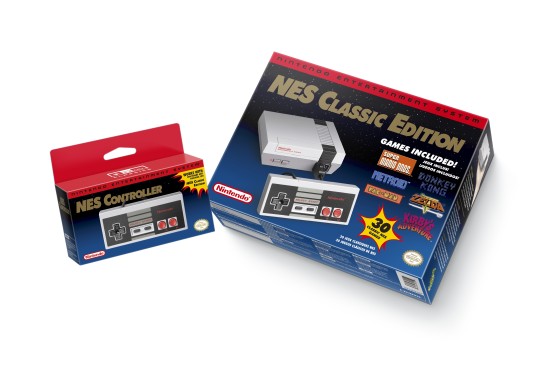 One of the dopest things that was announced this week while I was away from OL busy staring at the corpse of my Nana and attempting to will myself into another Realm was the “NES Classic” by Nintendo. It is, by all metrics, going to be a license to print money for the company. You know this by now, however I figured why not give OL citizens a place to talk about it, so let’s state it anyways. It’s a miniature Nintendo Entertainment System that contains 30 built-in games, comes with a controller, and will run a mere $ 60.

Nintendo today announced the mini-NES, a new $60 machine that will come pre-installed with 30 classic Nintendo games. It’ll also come with an HDMI cable, a power adapter, and what Nintendo is calling an NES Classic Controller, “patterned after the iconic design of the original NES controller.” It’ll be out in stores on November 11.

The Legend of Zelda™

Zelda II: The Adventure of Link™