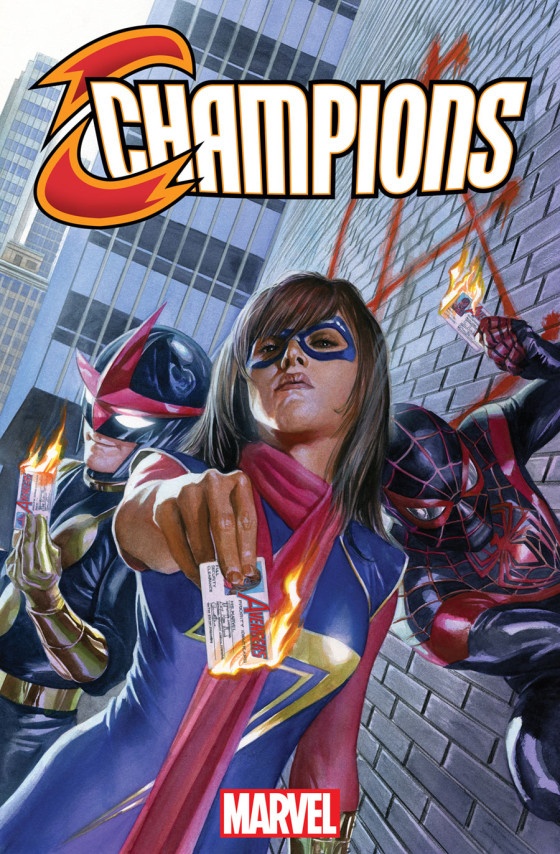 Following a series of teasers that saw a number of Marvel’s teen heroes declare “I quit,” Marvel Comics has revealed just what those characters quit for. The teens, who all come together from a number of different Marvel titles, are all banding together to headline a new series — “Champions.”

The series, revealed at Entertainment Weekly, comes from writer Mark Waid and artist Humberto Ramos; Alex Ross turned in a variant cover for the series. The new team book will star former“All-New, All-Different Avengers” characters Nova, Ms. Marvel and Spider-Man. Joining them is Amadeus Cho, the star of “Totally Awesome Hulk,” as well as the teen Cyclops (previously seen in “All-New X-Men”) and Vision’s daughter Viv, who comes to the team from the synthezoid’s series. As “Champions” stars a team of teen heroes, the book will have a “youthful activist energy.”