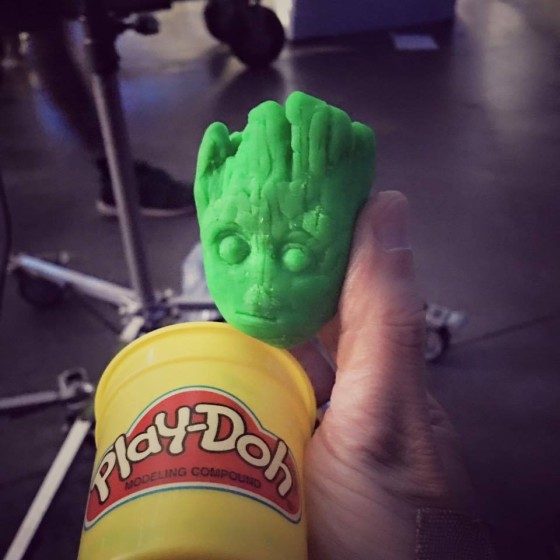 Fuck, man. I need me some more Guardians of the Galaxy, seeing that the original is easily my fave flick of the MCU, and maybe one of my fave flicks of the past few years. What do I get to hold me over? Fucking nothing! But I’d settle for my own Play-Doh Groot.

“Guardians of the Galaxy Vol. 2” finished filming in Atlanta a little while back, but to the delight of fans, antics from the set continue to be revealed on the film’s social media. The latest moment shared by director James Gunn reveals a Play-Doh Groot that was given to him by the sequel’s prop master as a gift after the film wrapped shooting.

Gunn wrote in a Facebook post, “A few of the crew members gave ME Play-Doh as we wrapped Guardians of the Galaxy Vol. 2 (for those new folks around here – and there are a lot of you – I give Play-Doh to cast and crew members who do an exemplary job). However this Groot-form Play-Doh from [property master] Russell Bobbitt and the props guys is especially awesome.”