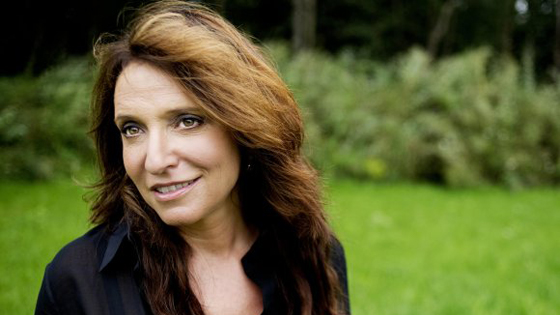 According to Radio Times, Bier is one of the names being considered after Sam Mendes — who directed the most recent Bond, Daniel Craig, in the franchise’s last two installments — said that he would not helm the next Bondfilm. Bier most recently directed Tom Hiddleston in the television miniseries The Night Manager, a John LeCarre adaptation our Alyssa Fikse praised as “the perfect antidote to Bond fatigue.” It looks like Hiddleston might become the next James Bond though, with bookmakers even suspending betting on his name, before talks to have the actor take over for Daniel Craig started moving into the advanced stages.

The item points out that it’s in large part because of his performance in The Night Manager that Hiddleston is being considered for the role. Reuniting withBier as director for the next James Bond installment could be a comfortable match. This would also make Bier the first woman to ever direct a Bond film, a remarkable development, since many of Bier’s previous films wouldn’t make the Danish director an obvious choice to direct either The Night Manager or aBond film. This is especially true of Open Hearts, which she directed in 2002 under Lars Von Trier’s minimalist Dogme 95 rules. More recently, she directedIn A Better World, which won an Oscar for Best Foreign Language Film in 2011. Given the increasingly visible conversation around the lack of women in Hollywood, including women directors, this move would be a groundbreaking one.