‘Star Trek Beyond’ Poster: Kirk, Jaylah, and a lurking Elba 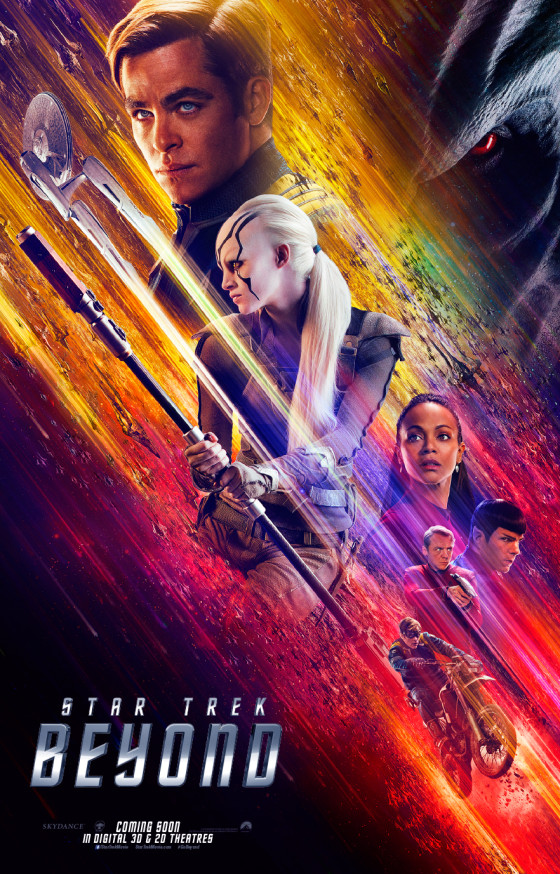 It’s the poster for a new Star Trek movie. So, naturally, it has Kirk popping a wheelie on a dirt bike. Naturally.

In the latest “Star Trek” film, Captain Kirk will take the Enterprise to the furthest reaches of uncharted space. There, Kirk and his crew will face Krall, who hopes to bring the Federation and everything it stands for to its knees.