Archives
« ‘The Neon Demon’ International Trailer: You? You’re Going To Be Great
Fox hints at more ‘X-Files’ coming in 2017-18 » 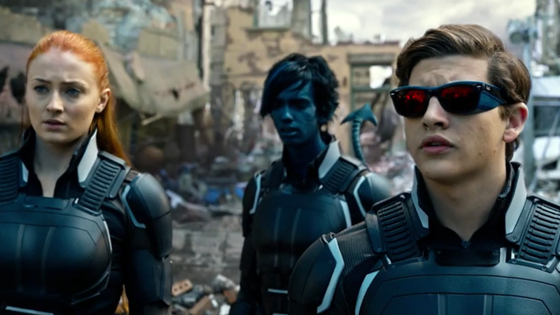 Got to level with you. Not really expecting anything from X-Men: Apocalypse. It seems to be shaping up to be (if the early reviews are accurate) the film-shaped turd that I expected of Days of Future Past. But hey, maybe the franchise can rally with the next installment. In space.

We know that the next installment of the X-Men franchise will likely be taking place in the 1990s, but now we might know where it’ll take place: in outer space.

Director Bryan Singer spoke with Fandango the other day, where he dropped several hints about what he was hoping to do for the next outing of the franchise:

“I imagine – and this is the first time I’ve actually answered the question this way – but another thing that’s been introduced in the comics is a big alien, interstellar tenant within the X-Men universe that hasn’t been explored. And to me, that might be kind of fun because I’m a huge Star Wars and Star Trek fan, and exploring the X-Men universe and being able to utilize that would be exciting, visually.”

The comments have led to some speculation that we’ll see a familiar storyline: Dark Phoenix, which was somewhat adapted in X2 and X-Men: Last Stand. Needless to say, a do-over would be welcome.

A space-set X-Men film would be fun to watch, and it makes a certain amount of sense: Marvel has already shown that a space opera such as Guardians of the Galaxy can do really well at the box office, and the success of the new Star Warsfilms is certainly not going unnoticed.