Rumor: Taylor Swift has cameo in ‘X-Men: Apocalypse’ as Dazzler 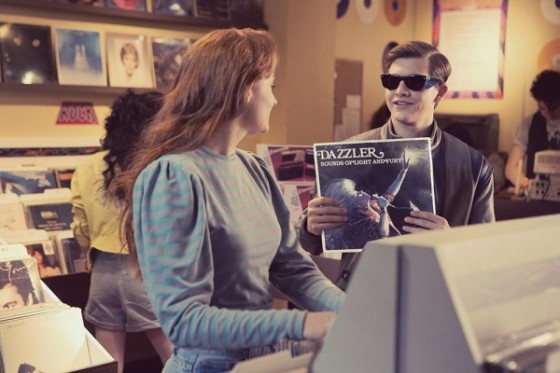 Taylor Swift may make the impossible, possible. If she has a cameo as Dazzler in X-Men: Apocalypse, she will have condemned one of the raddest characters. I mean, it’s just a cameo. I mean, I’m exaggerating a bit. I mean, I’ll probably enjoy it. But fuck, fuck none the less.

With an album chock-full of hit singles, Taylor Swift seems pretty bent on dominating the music world, but it appears as though the 1989 musician may also be taking her talents to the big screen, and much sooner than expected. Last summer, X-Men: Apocalypse writer/producer Simon Kinberg shared an image from Montreal—where the film was shooting—that showed Swift chumming it up alongside Kinberg andApocalypse stars James McAvoy, and Sophie Turner. No one was in costume and it appeared to be a simple friendly visit, but in writing up the photo, our own Dave Trumbore couldn’t help but cheekily speculate that Swift may or may not be joining the mutant franchise as the comics character Dazzler. But in actuality, it appears that Dave’s half-joking speculation may have been 100% on point.

With X-Men: Apocalypse’s release now less than a month away, we’ve been seeing a number of new marketing materials for the film pop up, but last night Turner—who plays the mutant Jean Grey—tweeted out a new image from the film that shows Grey and Cyclops (Tye Sheridan) record shopping. Their record of choice? Dazzler, of course. But it’s Turner’s caption that strongly hints at Taylor Swift’s connection:

#FBF that time Cyclops and I went shopping at the mall and found our favorite singer’s album (pre 1989, of course) pic.twitter.com/BherKQbE4Z