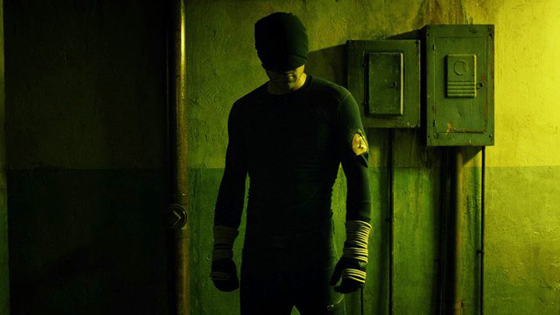 I finished Daredevil season 2 last night. It was okay? Like, lots of cool moments throughout, but (for me) it sort of fizzled out with about three episodes to go. And man, the monologue at the end of the season is fucking Hackneyed City. With that in mind, I’m okay with the show’s second season showrunners helming Defenders. Specifically if Drew Goddard is going to be more hands-on than he was with the Devil of Hell’s Kitchen’s sophomore outing, which, uh, the news suggests.

Marvel.com has announced that “Daredevil”season two showrunners Douglas Petrie andMarco Ramirez will also fulfill that duty for Netflix’s upcoming team-up mini-series, “The Defenders.” Additionally, Drew Goddard will serve as executive producer for “The Defenders” alongside Petrie and Ramirez.

“We’re incredibly excited to be able to bring our four street level heroes together in an epic tale woven by Doug and Marco whose work on ‘Marvel’s Daredevil’ speaks for itself,” said Executive Producer/Head of Marvel Television, Jeph Loeb. “They write and produce not only great action and adventure, but also the heart and touch of humor that’s makes us Marvel. With the inclusion of Drew Goddard, we’ve got a team that’s as formidable as the Defenders themselves.”

Goddard, who recently earned an Oscar nomination for his screenplay for Ridley Scott’s “The Martian,” originally developed “Daredevil” for Netflix and has executive produced both seasons of that show. Petrie and Ramirez stepped up as showrunners for “Daredevil’s” second season following the departure of season one showrunner Steven S. DeKnight.

“Defenders,” which unites the four leads from Netflix’s four Marvel series, does not yet have a release date. “The Defenders” will star Charlie Cox as Daredevil, Krysten Ritter as Jessica Jones, Mike Colter as Luke Cage and Finn Jones as Iron Fist. The next Marvel/Netflix series, “Luke Cage,” arrives on the streaming service on September 30.