DC Comic will reveal The Joker’s real name this Summer 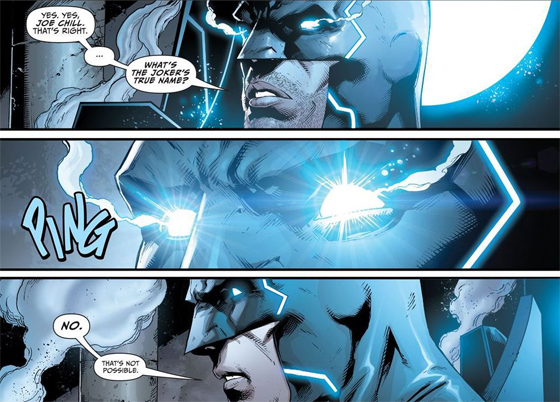 There are a couple of hard facts that remain firmly in place across the comic book landscape and tampering with them feels like a sin. Even the layman is familiar with most of them: Uncle Ben is dead and will always remain dead, Batman doesn’t kill people, Superman escaped the dying planet of Krypton as an infant, and so on. One of these facts pulls double duty as an enduring mystery that has been kept up for decades: the identity of the Joker, Batman’s arch-nemesis and the most famous villain in the DC comic book canon, will always be a secret.

Well, so much for that last one. DC Comics has announced that the identity of the Clown Prince of Crime will be unveiled this summer. So there you go.

This news was announced at a WonderCon panel centered on the company’s upcoming “Rebirth” event, which will act as a soft reboot of the DC universe (and a welcome change of direction after the much maligned “New 52”). While readers have been generally pleased with DC’s new direction, this Joker news is surely going to ruffle its fair share of feathers.

The grand revelation will arrive in Justice League #50 from writer (and DC Comics Chief Creative Officer) Geoff Johnsand artist Jason Fabok and it will resolve a big cliffhanger from Justice League #42. In that issue, Batman sat in the Mobius Chair, which gave him access to all knowledge. After testing the chair by asking who killed his parents, he asked to know the true name of the Joker.