Report: ‘Call of Duty’ is taking place in Space 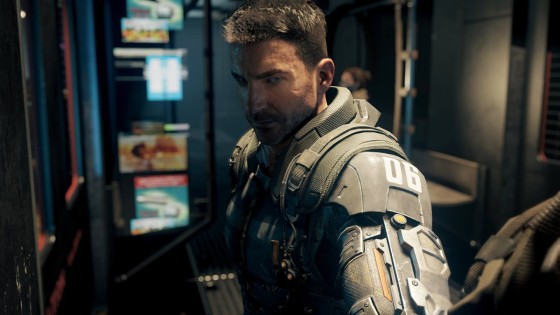 Well, how more places are there to go with Call of Duty? Civil War? Revolutionary War? Might as well go to space! Get creative. I mean, last year’s BLOPS3 was a sneaky cyberpunk game parading as typical CODFISH and I dug it. So to space! To space we go.

Whatever the name might be, there have been rumours and suggestions of a space-based Call of Duty for several years and it seems increasingly likely that this year’s Infinity Ward release might be that game. I hope the moon explodes in at least one mission.

Whatever the name might be, there have been rumours and suggestions of a space-based Call of Duty for several years, and developers Infinity Ward are expected to release the next game in the series toward the end of 2016. The studio have been talking about the possibility of heading into space since 2013, when (now ex) producer Mark Rubin said, “Everything’s on the table…If we think that it’d be cool to have a battle over Jupiter, sure. Why not?” Welcoming the New Year, Infinity Ward talked about “new heights”, with an astronaut taking centre stage in their celebratory image.

Sure, that’s a model from Ghosts, which featured scenes aboard an orbital station, but it fits neatly with continuing rumours of a further leap toward the stars. This morning,Eurogamer report that industry source Shinobi has repeated details that tally with other reports the outlet has heard independently.

There have been denials that space would be the right place for Duty to Call as well. Dan Bunting, multiplayer director on Black Ops III, has said that a space-based game might happen but he doesn’t seem entirely keen on the idea:

“The way that we approach the creative on our game? I don’t think we’re ever going to reach a point where we just completely ignore finding authenticity…There’s an element of Call Of Duty as a brand that’s very gritty, it needs to feel believable. Even if it’s not real it needs to feel like it could be…”