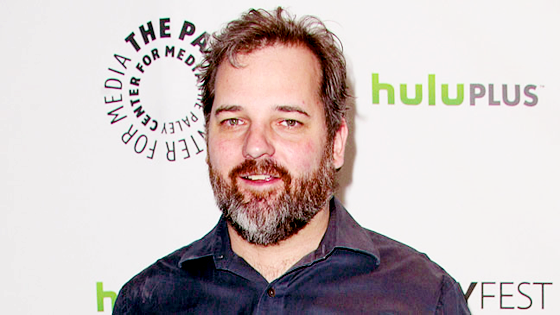 Community creator (and Rick & Morty co-creator) Dan Harmon branched out from the world of television last year when he (and his production company, Starburns Industries) produced Charlie Kaufman’s Oscar-nominated stop-motion film, Anomalisa. So it’s only logical that his next big move in the film industry would be a stop-motion movie about Michael Jackson’s pet chimp, Bubbles. I mean, right? It feels logical.

For those unfamiliar with the tale of Bubbles the Chimp (depicted above with Jackson as a gold statue displayed in a German art gallery, because Bubbles lived a more fascinating life than you or anyone you know, and deserves tributes in gold), Deadline has a quick rundown of the film’s premise.

Bubbles tells the story of Michael Jackson’s life and history from the perspective of the pet Chimp which got a close-up view after being adopted by Jackson from an Austin, Texas research facility and given residence at the Neverland Ranch in 1983. He became Jackson’s constant companion until he became overaggressive and was moved to a monkey sanctuary in Florida. The script has been considered a very inventive way to tell an unauthorized story of Jackson without needing permission.

Harmon’s role will be limited to producing. The script, written by Isaac Adamson, is actually a much-buzzed-about project that showed up on last years Black List, a collection of the industry’s best unproduced screenplays. So don’t expect Bubbles to be humming “Daybreak” around Neverland. Unless Harmon uses his influence as a producer to hammer it in. Which he might!