Archives
« Weekend Open Bar: King For A Day, God For A Lifetime
Nintendo reveals ‘Pokémon Sun’ and ‘Pokémon Moon’ for the Nintendo 3DS » 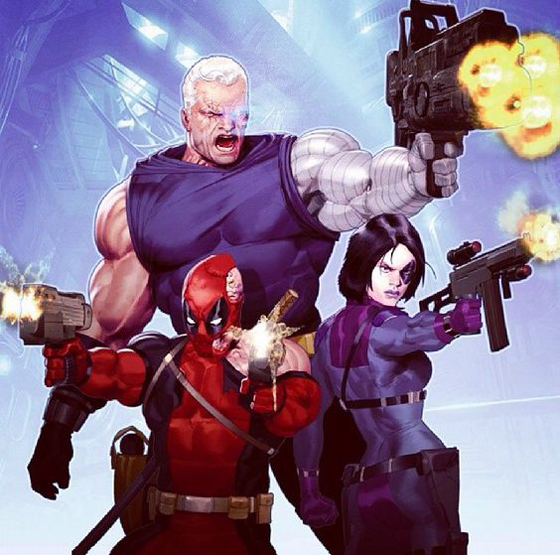 Whatever they want to do with Deadpool 2, I’m onboard. I spent much of Deadpool‘s production and promotion questioning and disliking everything I came across.

Then I saw the movie three times.

So I’m just going to nod my head at this news in affirmation.

If a new rumor pans out, then “Deadpool 2” just got lucky. Specifically, the upcoming sequel might have just gained Domino, a character with the mutant power to manipulate probability in her favor. The rumor comes from Heroic Hollywood, whose unidentified source claims that Domino will appear in the film.

The rumor makes since considering that — spoiler alert for those that haven’t seen “Deadpool” yet — the post-credits sequence features the Merc using his mouth to flat-out confirm that Cable will 100% be in the sequel. In the comics, Domino is one of Cable’s closest and oldest allies; the two go way, way back to their days as mercenaries in a group called the Six Pack. Domino served as a member of Cable’s X-Force, joining the team mostly because she wanted to do her longtime partner a favor. Cable and Domino have even been romantically linked from time to time, as their partnership flirted with being a full-blown relationship.

Domino also has a few other major connections with characters we saw in the first “Deadpool” feature film that make her a decent fit for the sequel. In recent series like “Cable and X-Force” and “Inferno,” she’s been in a relationship with Colossus, the metal X-Man that appeared in “Deadpool.” Domino’s comic book debut is also inextricably tied to both Deadpool and Vanessa (played by Morena Baccarin in the film).

Both Deadpool and Domino debuted in 1991’s “New Mutants” #98. It was revealed a year later in “X-Force” that the Domino fans met in “New Mutants” and the one that had joined X-Force was in fact a shape-shifting mutant named Copycat — a.k.a Vanessa. Baccarin’s version of Vanessa was not depicted as having superpowers, so this storyline might not play out if Domino does show up in the sequel. But, considering how closely tied Vanessa and Domino are and how accurately screenwriters Rhett Reese and Paul Wernick have pulled from the comics, the connection could get some sort of shout out on screen.