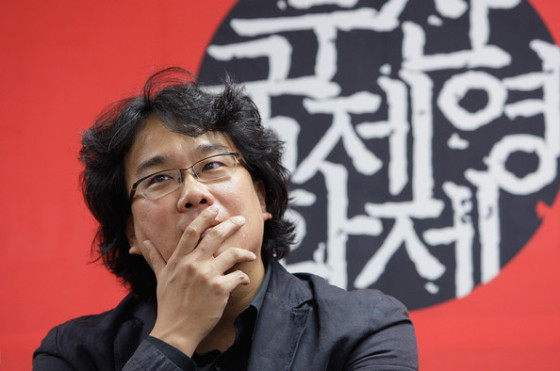 The last time Bong Joon-ho dealt with an American distributor, he wound up tangling with the Weinsteins over “Snowpiercer.” Harvey Scissorhands wanted the director to chop off twenty minutes from his film, but Joon-ho refused (he had final cut), and a battle of wills emerged, eventually won by the filmmaker, who saw his movie released stateside as he intended. And so for his upcoming film “Okja,” is it any surprise that the filmmaker is rolling with a company that has built a reputation for being the place where total creative freedom can flourish?

THR reports that Netflix will finance the picture to the staggering sum of $50 million dollars, with Brad Pitt‘s Plan B coming aboard to co-produce. Damn. The move is a canny one by Netflix, who are planning to bring their service to Korea in 2016, so showing some support for a beloved, local filmmaker is a smart play.

“It really is a fantastic opportunity for me as a filmmaker,” the director said. “For ‘Okja,’ I needed a bigger budget than I had for ‘Snowpiercer’ and also complete creative freedom. Netflix offered me the two conditions that are difficult to have in hand simultaneously.” That kind of says it all.

As for the movie, it features an all-star ensemble with Jake Gyllenhaal, Tilda Swinton, Paul Dano, Kelly Macdonald, and Bill Nighy set to appear in the creature feature that will revolve around a girl and her friendship with the titular creature. Casting is underway for the little girl.