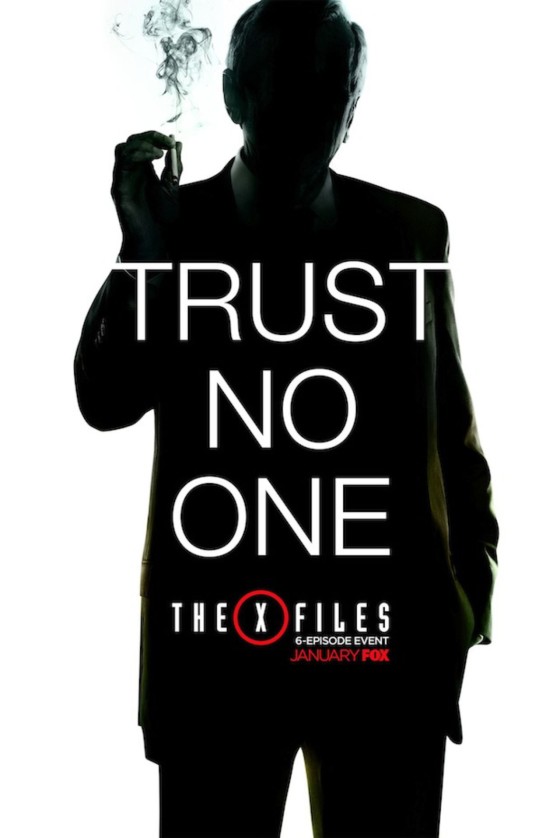 Either you know CSM, or you don’t. Which is like, you know. Either you’re a really cool dork lord, or you haven’t seen one of the best shows ever. EVER. Ever! (Maybe not ever.)

We’ve known that William B. Davis’ iconic X-Files villain will be returning to the revived version of the show since April, but now, a few months before the event premieres, we have our first full look at The Cigarette-Smoking Man in all his glorythanks to TV Line and a new promotional poster. Or we would, if CSM didn’t have a particular fondness for lurking in the shadows and obfuscating as many things as he possibly can. As such, instead of seeing the scowling old bastard up close, we get him in his natural habitat: completely covered in shadow, with only a dangling cigarette and a puff of smoke to identify him by.

We’re not complaining though, because this poster—which you can see in full below—is still pretty badass. It even reminds you not to trust anyone, which we assume includes The X-Files itself, because it definitely showed the CSM getting blown up by a missile in one of the original episodes. Maybe all of that smoking actually made his body indestructible? That Truth campaign has been lying to us this whole time! Trust no one!