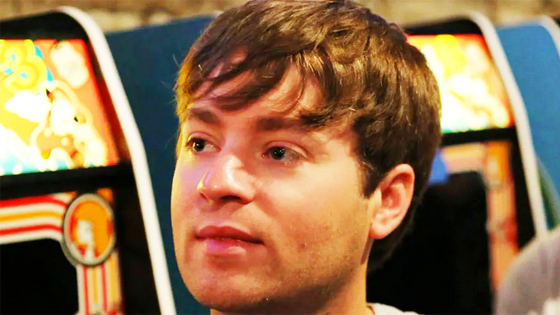 Man. The Donkey Kong competition has been raging for as long as OL has existed. For much, much longer than the space-ship has been in orbit, in fact. The news regarding the game and whomever reigns supreme often rises and falls in intensity. It’s been quiet for a while until this week, when the record was broken twice in one fucking day.

On Thursday, an elite arcade gamer claimed the coveted world record high score inDonkey Kong. He held that claim for all of six hours.

Participating in the Donkey Kong Online Open 2015, a tournament organized by DonkeyKongForum.com, Wes Copeland registered a score of 1,170,500 which, if verified, would have taken the title away from Robbie Lakeman (pictured above), who wrested it from Hank Chien one year ago.

Turns out verifying it would be a moot point, as Lakeman came in six hours later, around 2:45 a.m., with 1,172,100, a score that also is awaiting verification but, if it holds up, is the highest certified score on an arcade cabinet of Donkey Kong ever. The only higher score recorded has come on emulation.

Twin Galaxies, generally acknowledged as the world record authority in video gaming, says neither competitor has submitted his score for certification yet. However, Twin Galaxies did note both feats in a post yesterday.

Copeland, incredibly, became the first gamer to score 1.1 million in Donkey Kong on his first man. “He was able to sacrifice his three extra men on the final barrel screen, essentially making this a near perfect game,” Twin Galaxies noted.

Except, well, it wasn’t, being beaten by 1,700 points. Lakeman and Copeland’s rivalry has captivated Donkey Kong enthusiasts, and the two will meet again at the Twin Galaxies Entertainment Festival from Oct. 2-4 in Banning, Calif. Twin Galaxies promises “a series of exclusive battles” between the two to settle — for at least a few hours, maybe — who is the best