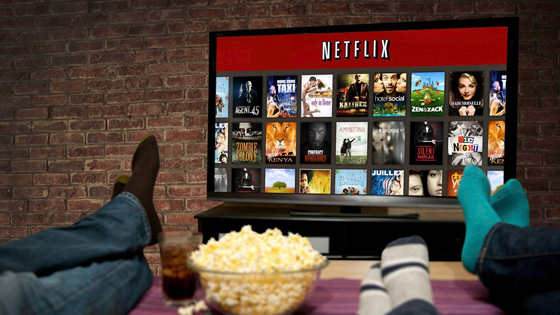 Netflix ain’t fucking around. Long gone are those awkward adolescent days when the service was considering getting into gaming rentals, and spinning off streaming services under a different name, and all that happy horse shit. That’s the past! The present? Adding subscribers like a motherfucker.

Netflix has been having an incredible year. Its share price has more than doubled in 2015, making it one of the best performing stocks in the entire S&P 500 index. Its share price had gotten so high, in fact, that today it announced a seven-to-one split, bringing the price of a single share back down to around $100. This afternoon it announced its second quarter earnings today, and the numbers are likely to propel the momentum of its strong run. Over the last three months it added a record 3.3 million new subscribers, roughly double the 1.7 million it added during this same period a year ago. In response, investors sent the share price up over 10 percent in after-hours trading.

If you want to understand how confident Netflix CEO Reed Hastings is feeling, just look at the sweater the man choose to wear on today’s earning’s call. You’ve heard of “F-U” money. This is an “F-U” sweater.

Netflix financials were in line with expectations. The company reported $1.64 billion in revenue and $26 million in net income. Its aggressive expansion plan contributed to a continued drop in its free cash flow and growth in its outstanding debts. But CEO Reed Hasting believes this is a good thing. “As we have previously detailed, our investment in originals is working capital intensive, which results in higher cash spent upfront relative to content amortization, and, we anticipate this trend to continue given our increased investment in originals,” wrote CEO Reed Hasting in a letter to shareholders.

The plan, in other words, is to continue sacrificing profit in the interest of growth. The company projects that it will spend $1 billion just on marketing in 2016 as it tries to bring a new audience in to sample its growing array of new programming. This has created some skeptical investors, like David Einhorn, who commented recently that, “if you’d told us the news in advance, we’d have guessed it was going to be a bad day for NFLX holders, but apparently Red Ink is the New Black.”

Reed Hastings concurred. Asked to explain the incredible rise in the share price on the earnings call he said that, “when the share price was half this, I described it as euphoric. So it’s a mystery to me.”